With a heat wave bearing down on the area, heavy foods and any recipes that require standing over a hot stove are intolerable. I got the idea for a yummy honey-lime fruit salad from Pinterest yesterday, and since I had a lot of fruit on hand (including a fresh pineapple)  I decided to make my own version along with homemade cinnamon sugar tortilla crisps. It was just the thing for dessert after a sweltering summer day. And the handful of blueberries came from my backyard--the first ones of the year! This recipe is so simple, light, and refreshing, and it tastes like summer in a bowl. 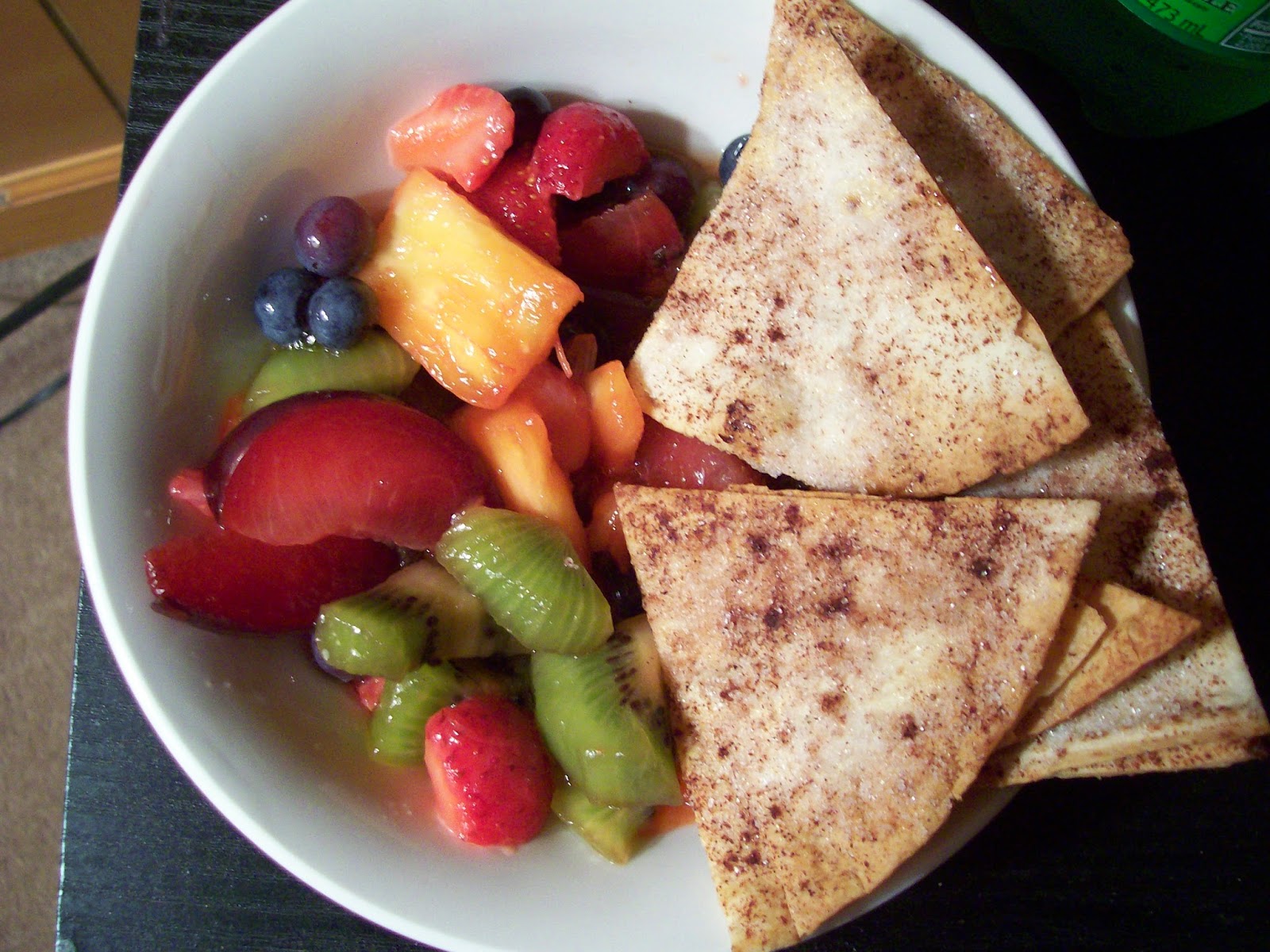 Mix the fruits in a large bowl. Wisk together the lime juice and honey (poppy seeds would be a nice addition as well!) and pour it over the fruit. Stir the fruit gently to coat with the dressing, then cover and sit in refrigerator for 30 minutes to an hour.

Coat the tortillas with soft butter on both sides, stack, and cut in small triangles (like a pizza). Arrange on a buttered cookie sheet in a single layer, sprinkle the tops generously with cinnamon sugar, and put in a hot oven for 5-10 minutes. Remove when crispy and allow them to cool before eating.

Super simple, and so good! Of course, almost any combination of fruit would be equally delicious, so I recommend using whatever is in season, inexpensive, and at it's peak of flavor in your area.