The Dog Days of Summer

"the Sea boiled, the Wine turned sour, Dogs grew mad, and all other creatures became languid; causing to man, among other diseases, burning fevers, hysterics, and phrensies."  Brady’s Clavis Calendaria, 1813.[1]

Summer 2014 is finally winding down, and I have to say that it's been a most unpleasant one, both for me personally and the world at large. This last half has been particularly bad. The news is full of violence, death, riots, war, and despair. It's hot here in South Carolina, hot enough to make tempers flair and electricity bills soar. Yesterday reached 102F, with high humidity, and today promises to be another scorcher. All you can do is stay inside as much as possible and wait out the heat wave.

Bad luck and trouble seem to be hovering over my house this month. For instance, a neighborhood cat apparently wandered into our backyard the other day, and our dogs killed it. I felt terrible about it, but since our dogs are inside a fence (and it happened when we weren't home) there was nothing I could have done to prevent it. Our kitchen was infested (briefly) with tiny black ants, prompting a call to the pest control people. My husband is terribly allergic to ant bites so we had to deal with that problem immediately. Next up? George (el destructo dog) chewed holes in the walls of our garage and laundry room, and we have to find someone to fix them at our own expense, since we don't want our landlord to know that our dog is systematically destroying every part of the house he has access to. This is why, with the exception of the garage and laundry room, he's an "outside" dog right now. My job is as thankless as ever, and the coworkers I dislike the most have really been outdoing themselves with rude behavior recently. The job search continues, but although I've applied for several positions nothing has come of it (yet).

So I'll be happy to see this summer wind down. The only thing I'll miss will be the wonderful summer produce we've been enjoying. I've managed to lose 25 pounds since March, mostly by buying and preparing lots of fresh fruits and vegetables at the market. I had hoped to do some canning/freezing/preserving this summer, but time to do it has been scarce. I did make a few jars of hot cayenne pepper vinegar with garlic...... 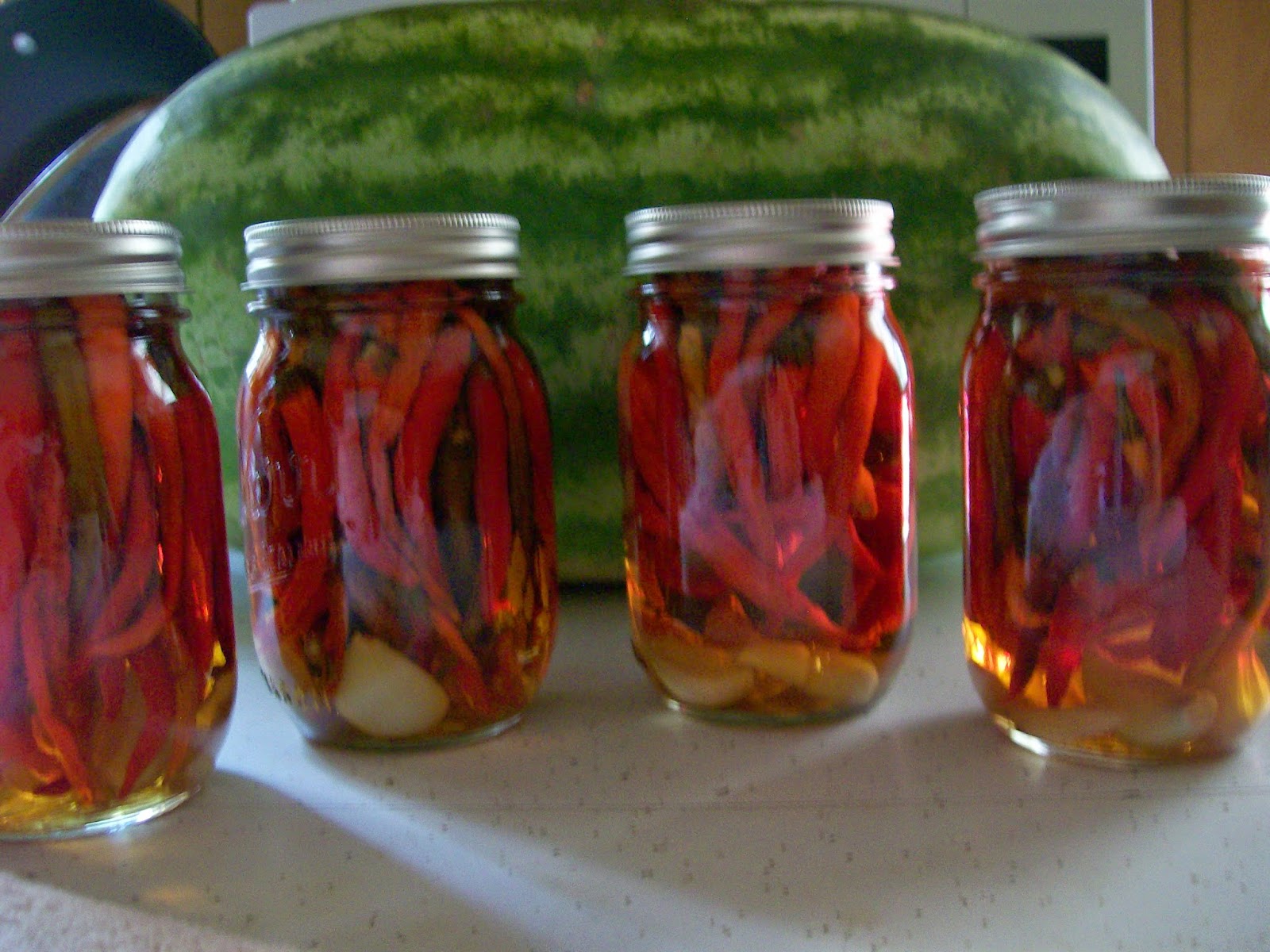 ...and I bought a giant basket of peaches yesterday which I plan to freeze for later use. They smell wonderful..... 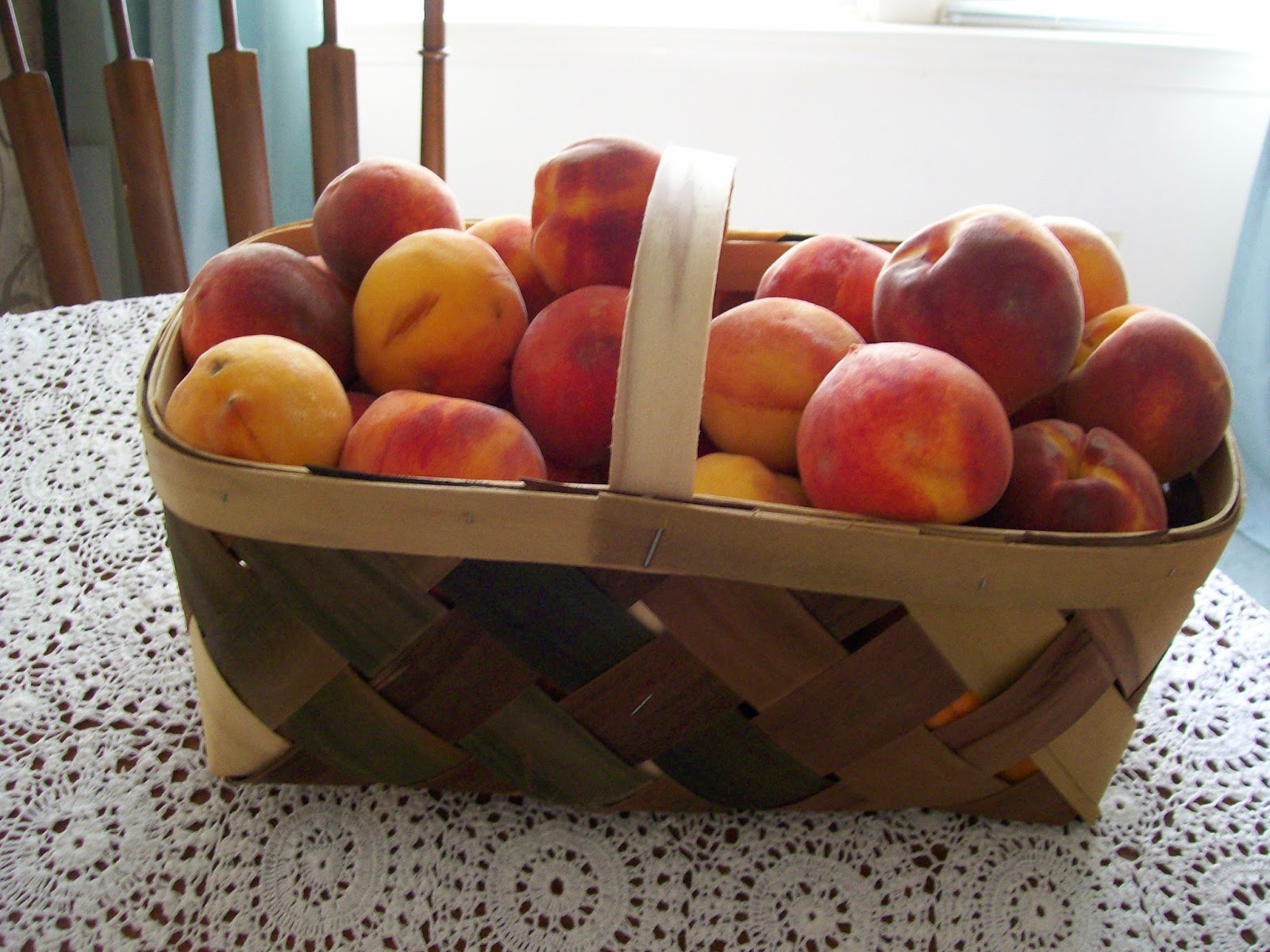 .....and next week, on my next day off, I plan to buy a box of mixed heirloom tomatoes to make sauce with, which I will either can or freeze. These tomatoes are so delicious, and they won't be around much longer. 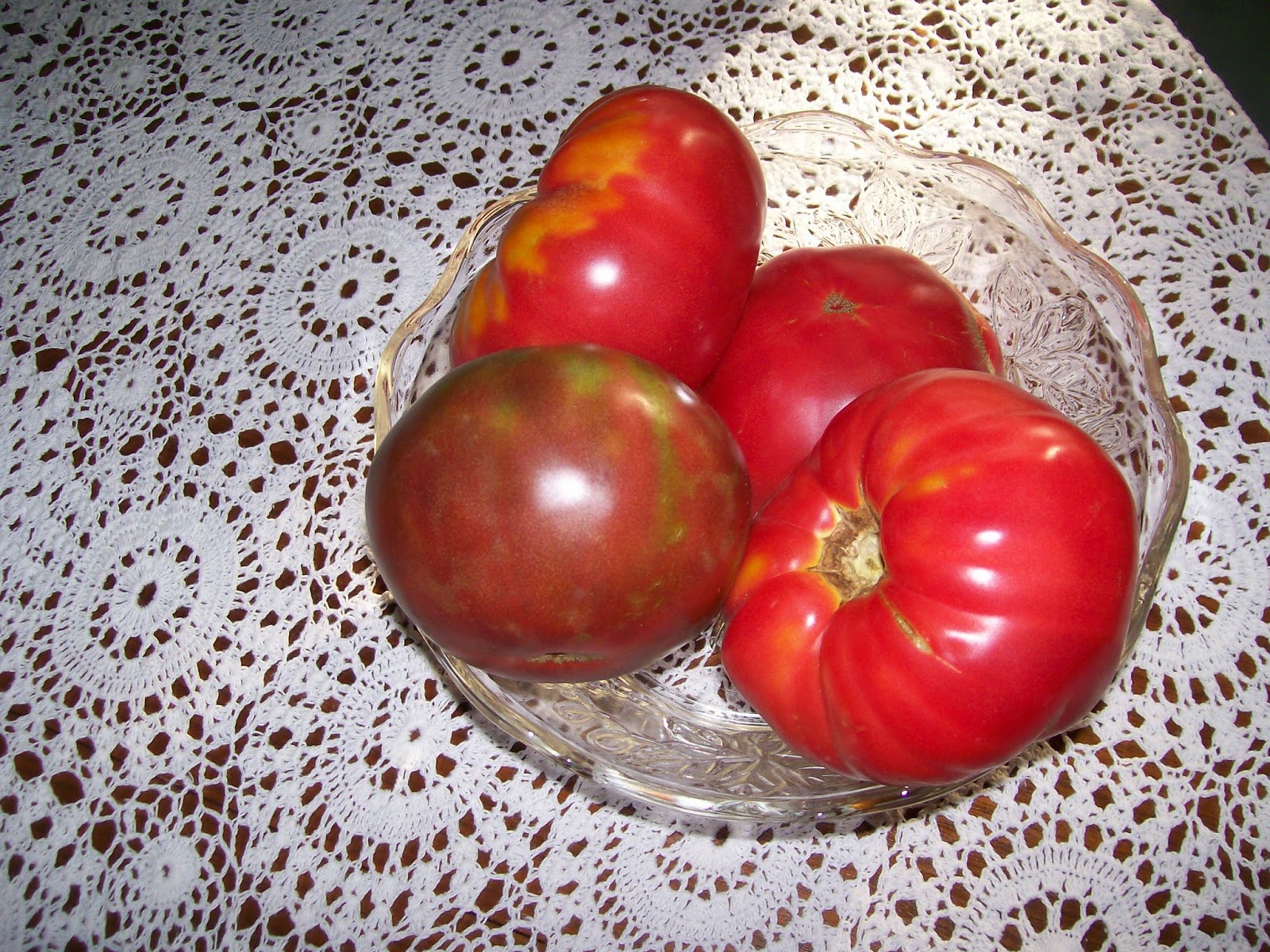 The food has been the best part of this summer so far.

Now I'm ready to see the dog days wind down and the arrival of autumn.