Kicking off the holiday season

For my friends who celebrate, I hope you had a nice Thanksgiving! It was really good at my my house. We got up early that morning and took George over to McLeod Park for a good walk. It's too bad we have to cross a very busy highway to get to it; otherwise we could walk over, it's so close to home. The drive only takes about 3 minutes. It's a pretty park with lots of space, and George loves it. 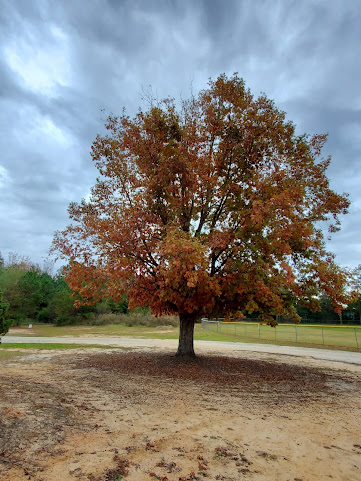 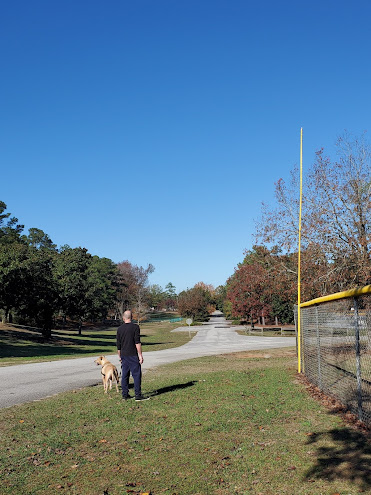 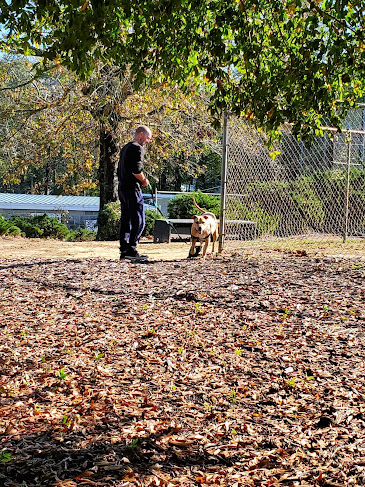 Then we came back home and I spent the next few hours cooking. I made a pretty good spread for two people, and it was all delicious, if I do say so myself. 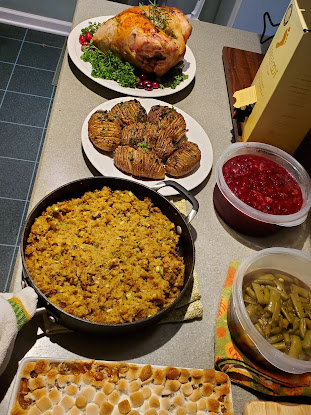 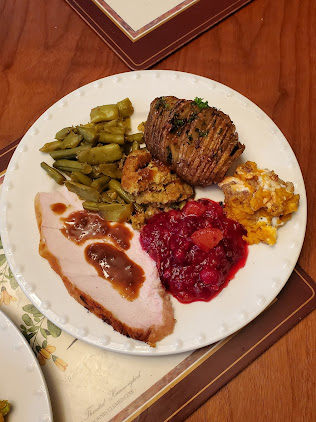 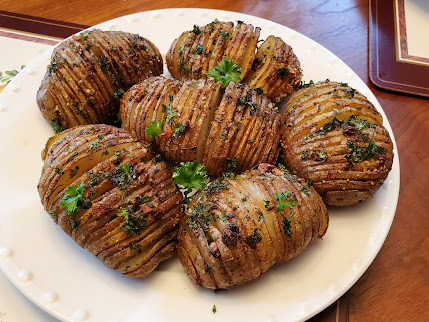 A close up of the Hasselback Potatoes. This was my first time trying this recipe, and we liked it a lot! 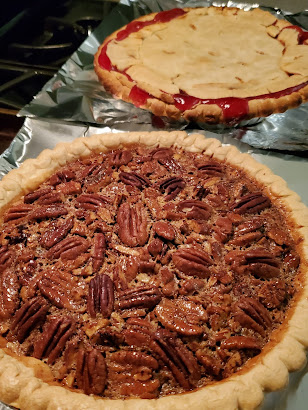 And later, there was pie: Pecan (my favorite) and Cherry (Gregg's favorite). The cherry pie looks like hell but it tasted good.
The best part about cooking this meal was that I got to share some of it with our neighbor, Heather. She's single and doesn't have much family, so I sent her a text asking if she had any plans for a Thanksgiving meal. When she said she didn't, I offered to drop off some plates of food and she gladly took me up on it! I loaded three plates with enough food for two meals and took them over. An hour later she texted me and said, "OMG this is amazing! I can't stop eating!! The sweet potato casserole is just like I make it, just like my mother and grandmother would make it and with the marshmallows on top!! This has made me have a Thanksgiving Day!!"
I can't tell you how happy that made me! My husband is a huge fan of my cooking and he always looks at me like I've worked some kind of magic when I make a big festive meal, but it's a lot of work to cook for just two. It felt so good to share our meal with a friend! Later in the evening when the pies were done I texted Heather again and asked her if she was ready for dessert. Within seconds she responded: "Yeeeeesssss!!" and walked over to meet me at my front steps. I gave her two slices of each pie and some more sweet potato souffle since she liked it so much. Another good thing about sharing our food was it cut down on the leftovers which we always tire of pretty quickly. We had some of everything again yesterday, and today there's just enough sliced turkey left to make a couple of sandwiches. Everything else should be finished off by tonight, too. Perfect.
So that was our Thanksgiving and then yesterday we went back to the park, walked George a couple more times around our neighborhood, relaxed, and then PUT UP THE CHRISTMAS TREE. In November! We've never put up the tree so early, and I feel kind of weird about it, but it looks pretty. We started off by pulling out the tree and all the boxes of ornaments from the closet in the office/Marco's room. We'd already decided to clean out that closet and to start utilizing the attic for decoration storage, and since we had everything out we figured, what the heck. I took a photo of it this morning because the lights look so nice on this cloudy, gray, chilly day. 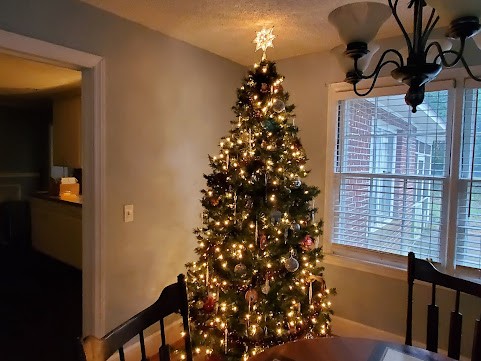 Oh, and our dryer died this morning, because of course it did. It wouldn't be the holiday season without an unexpected expense popping up! So now I know what I'm getting for Christmas. Ho ho ho.
Posted by Jennifer at 11:13 AM