I just couldn't resist: here are two more photos of the beautiful magnolia tree next door. 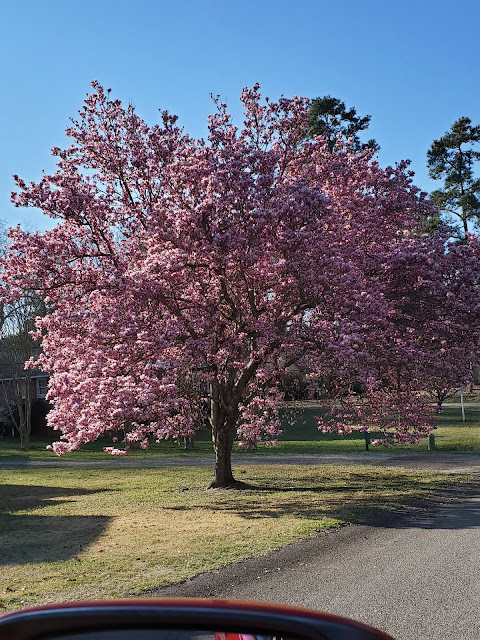 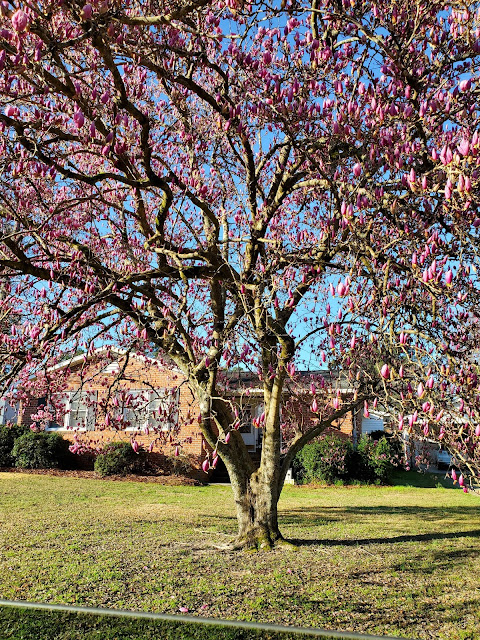 According to Luella, my 82 year old neighbor who lives here, the tree was already there when she and her late husband bought the house in 1972. That means this tree is well over fifty years old! Luella says that it's been a joy to her every spring for all these years and that her children and grandchildren grew up playing under it. How wonderful is that?

Speaking of trees, I'm eagerly awaiting new leaf buds on the little fig tree I grew from cuttings and planted in the back yard last October. So far, not much seems to be happening. 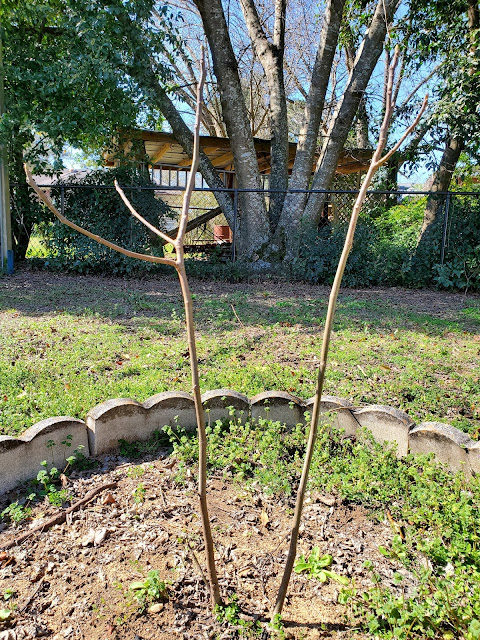 Nothing but bare sticks...

Then again, the pomegranate tree is still completely bare and I know it's doing well. I planted it in the ground on March 10, 2019 (our first spring in this house) after keeping it in a pot for almost a decade. In the two years since it's grown really fast, maybe to make up for all that lost time it spent confined to a pot!  It's early yet; I think it typically starts to leaf out at the end of March. The Crepe Myrtle trees will be even later than that. So it's probably too soon to expect to see leaves and new growth on the fig--I'm just anxious know if it survived the winter! I think it probably did, but we'll see.

All of a sudden our seemingly never-ending rain and cloudy days have given way to bright blue skies and lots of sunshine. It's still chilly and gets down close to freezing some nights, but the air seems to have a mild edge to it. Spring has definitely begun in this part of South Carolina. Even George has been enjoying hanging out in the yard lately, and he's the most inside-loving dog I've ever had. Here he was a few minutes ago, just standing there soaking up some rays. Doggy bliss. 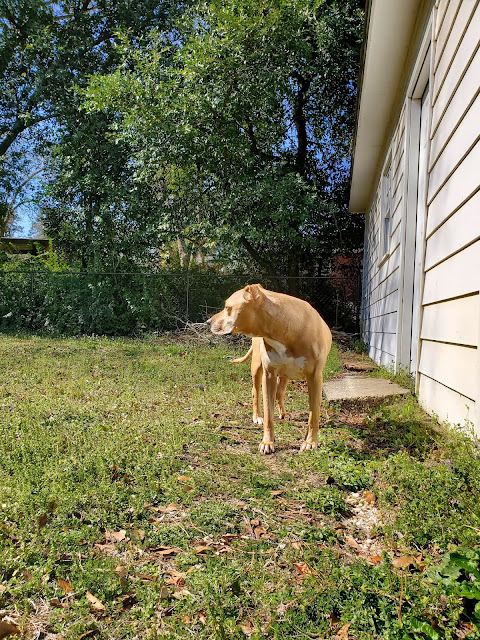 Have a good weekend, friends!
Posted by Jennifer at 11:25 AM