I've decided that I love geraniums.

I bought two pots bright red geraniums at the beginning of the summer. I had never had any before, and I was very impressed with them. They were inexpensive, bright and cheerful, and bloomed profusely for months with very little care. The plants were utterly exhausted last month and I considered throwing them out, but then I remembered Cro from Magnon's Meanderings once mentioned successfully overwintering geraniums. So instead of trashing them, I cut off the dead foliage and spent flower heads, potted them up with fresh soil, and left them alone. Now it's mid October, and there are fresh, bright green leaves and a few flowers blooming! It's nice to have some summer flowers left at this time of year. We have long autumns and mild winters here, and the first frost typically doesn't happen until around mid November. I think there's a good chance I can overwinter the plants, but even if I can't, they've been a really great value for the money. 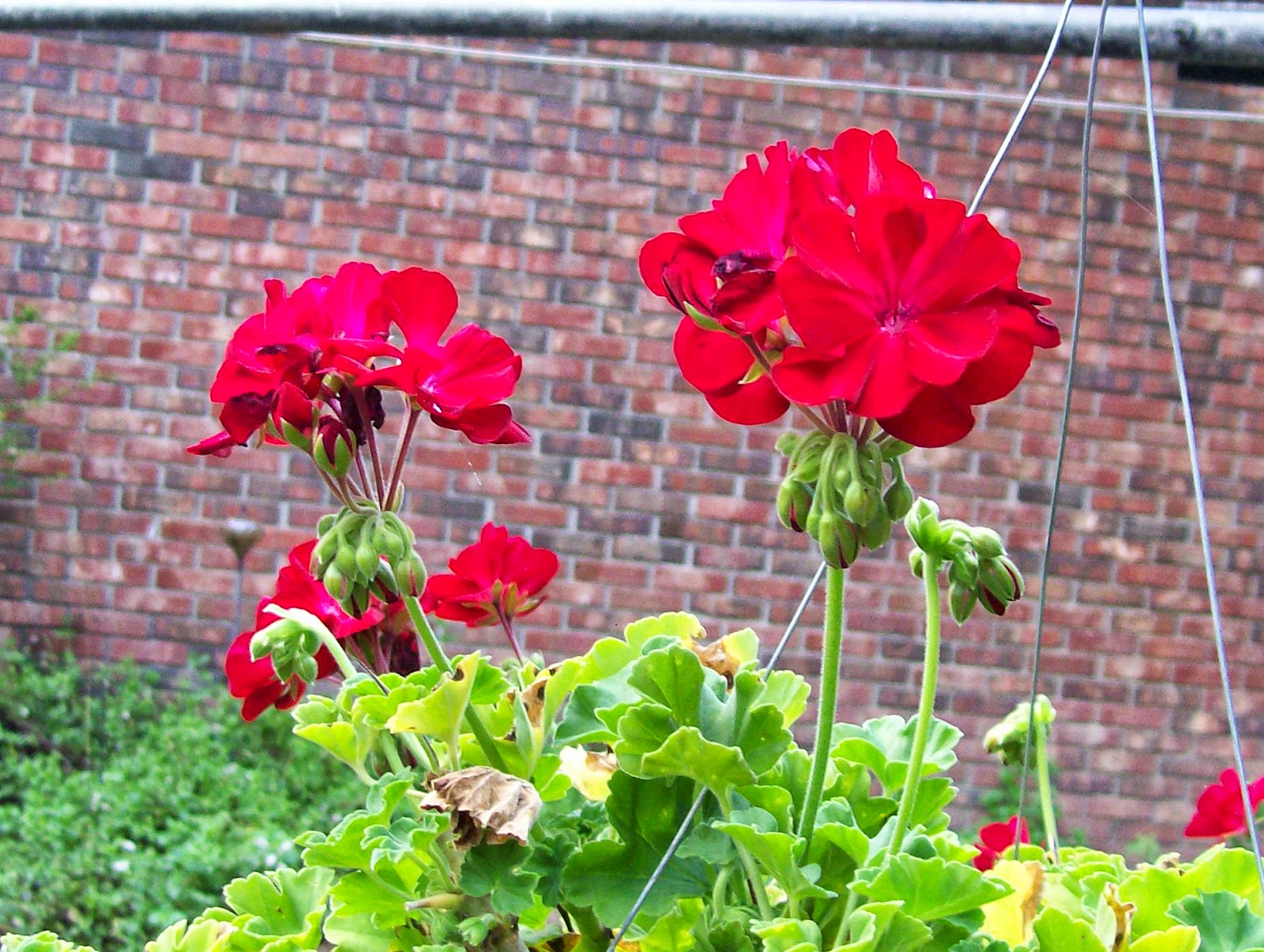