You guys, I read the most incredible book this past week. It's called Hollow Kingdom by Kira Jane Buxton.

To start, here is a short summary from Goodreads:

One pet crow fights to save humanity from an apocalypse in this uniquely hilarious debut from a genre-bending literary author.S.T., a domesticated crow, is a bird of simple pleasures: hanging out with his owner Big Jim, trading insults with Seattle's wild crows (those idiots), and enjoying the finest food humankind has to offer: Cheetos ®.Then Big Jim's eyeball falls out of his head, and S.T. starts to feel like something isn't quite right. His most tried-and-true remedies--from beak-delivered beer to the slobbering affection of Big Jim's loyal but dim-witted dog, Dennis--fail to cure Big Jim's debilitating malady. S.T. is left with no choice but to abandon his old life and venture out into a wild and frightening new world with his trusty steed Dennis, where he discovers that the neighbors are devouring each other and the local wildlife is abuzz with rumors of dangerous new predators roaming Seattle. Humanity's extinction has seemingly arrived, and the only one determined to save it is a foul-mouthed crow whose knowledge of the world around him comes from his TV-watching education.Hollow Kingdom is a humorous, big-hearted, and boundlessly beautiful romp through the apocalypse and the world that comes after, where even a cowardly crow can become a hero.

Admittedly, this book might not be everyone's cup of tea. Hell, if the narrator hadn't been a crow I'd probably never have given it a second look (being a crazy bird lady as I am). S.T. (short for Shit Turd, named by Big Jim, his human) loves to swear, and then there are zombies. I know, I know...... it sounds absurd, doesn't it?

Here's a couple of excerpts from Ilana Masad's review from NPR books:


The novel is largely narrated by a domesticated crow named S.T. — short for something unprintable — who has spent his life with a beer-drinking, junk-food-eating, sports-loving, breast-obsessed man named Big Jim, who raised S.T. from a hatchling. A dopey, lazy dog named Dennis rounds out their little Seattle-based family. When Big Jim's eye unexpectedly falls out of his head, S.T. knows something is very wrong, but it takes him a good long while before he gives up on his beloved MoFo — S.T.'s term for humans, learned at Big Jim's bosom — and leaves home, accompanied by Dennis.
…….


Soon enough, it becomes clear that humanity has been seized by something awful. The MoFos wander around aimlessly, their heads bobbing, their fingers swiping at objects without screens, their flesh rotting off them indiscriminately (honestly, don't read this book while you're eating if you're squeamish. Buxton is extremely talented at writing the more horrifying descriptions of the MoFos' physical condition). They don't seem very intent on eating or drinking, they've lost their language, and they become incredibly violent towards living creatures if disturbed — in fact, it's Big Jim's attempt to take a bite out of S.T. that sends the poor crow off to discover what's going on.


S.T. is a brilliant narrator, partially because he has reverence for human things like Cheetos and baked goods and football fandom, but also because he has only half a grasp on what certain human things mean. The book is laced with little jokes referring to pop culture and human idiosyncrasies and narratives...
…..
But S.T.'s love of MoFos, and the deep ache he feels for Big Jim and the life he used to lead read as incredibly sincere. He mourns our loss like few other animals in the book do:

I thought about the other Dennises out there. How many more of him were there, creatures who'd been loyal and good to the MoFos? [...] Creatures with scales or bristles or down, slobbering tongues, good hearts, gentle souls, and soft mouths. Creatures who knew the magic of MoFos, what they give us in protection and affection, what it means to love them with all of your heart and nose and beak. The feeling of those funny bald fingers that can open books and cans of refried beans gently sliding down your back. MoFo is family.

Ultimately, though, S.T.'s real challenge is learning that wild animals, like the murder of crows that roosts at the nearby university campus, are just as creative, resourceful, and lively as the humans he loves. His identity crisis — he so wishes to be human, but isn't and can't become one — is never quite resolved, but he learns, slowly, how to work with his own kind, how to live in this new version of the world.

While it's deeply disconcerting, reading about our own extinction, there is a lot we can learn from S.T. and Dennis the dog's symbiotic relationship in this novel. There's a lot we can learn from S.T.'s getting over his own prejudices about other animals — like seagulls and penguins — in order to work with them. In his wholesale love of us, a species a fellow crow calls "a plague on the earth ... not able to control their numbers or their consumption of the land, and so Nature did it for them," S.T. ultimately gave me hope that maybe, just maybe, we still have a chance to turn things around before Nature is so fed up that she really does set her sights on destroying us for good.
I absolutely loved this book. I laughed literally out loud over and over, and cried several times, too. This book is incredibly touching at times. I fell in love with Shit Turd and the dog Dennis. Maybe it's because of my 12 years of living with a parrot, but S.T. and Dennis' longing for Big Jim and their old life with him really struck a chord. The author has a relationship with two half domesticated crows and has been surrounded by all sorts of other animals, both wild and domesticated. It really shows, too, especially in all the little vignettes told from other species' point of view that she scattered through the book.
If you don't mind a quirky read that's kind of a cross between The Walking Dead and The Art of Racing in the Rain, I think you just might love Hollow Kingdom!
5 STARS
Posted by Jennifer at 5:45 PM 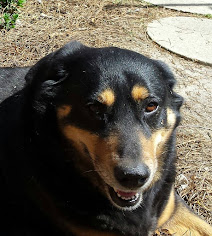 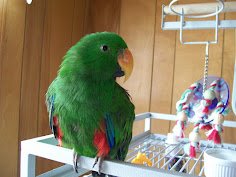 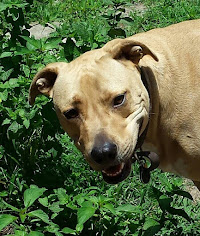 I love my followers...

Better blogs than mine