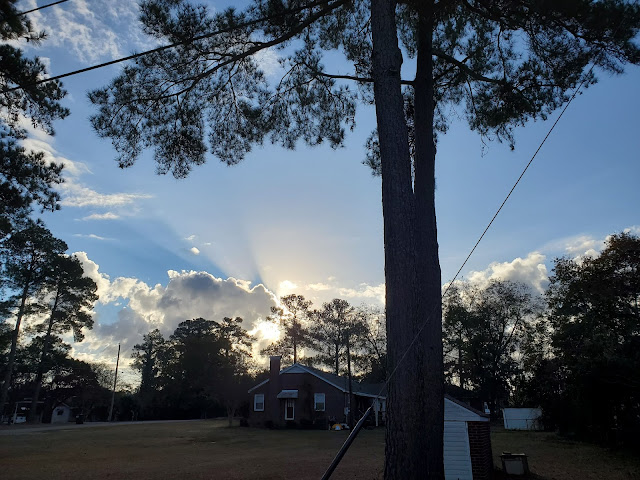 The sunrise this morning was so beautiful. Since Thursdays are the day Gregg goes to work extra early, it was just me and George on our morning walk. 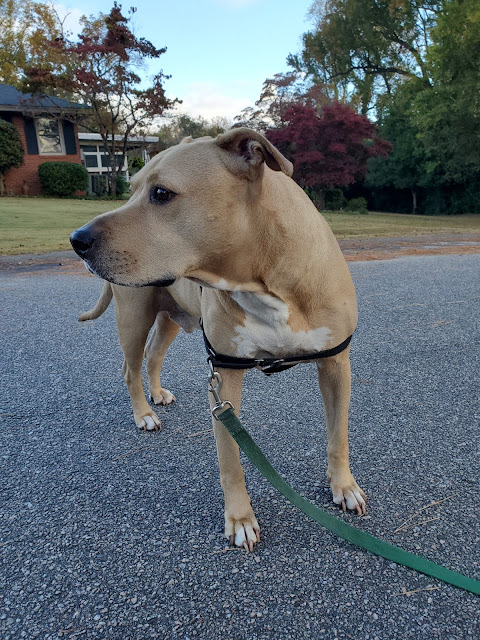 Oftentimes these walks are the best part of my day. That's how it was today. What a long, busy, unpleasant week it's been at work! The teachers are joking about tomorrow's full moon and the lunar eclipse, saying it's making everyone act crazy, kids and parents alike. Even the school nurse, Lisa, who's about as sensible and anti-superstitious as they come, remarked on how aggressive and just flat-out weird people have been for the last few days!

Mostly students and parents have acted fine towards me, though. I try really, really hard to be the soul of patience and friendliness to them. No, it's those same old office women making me unhappy, along with a couple of members of administration who happen to be part of their little clique. To be fair, only a couple of the office women (I think) actively dislike me and are unkind. The rest of the "in crowd" just don't notice how often I'm excluded and probably don't realize there's a problem. And it's only a problem in that I get my feelings hurt.

Today was a perfect example. Our principal, Mr. Oates, and his wife welcomed a baby girl to their family early Saturday morning. He took the first three days of this week off to be with his wife and two little boys, and came back to work today. None of the "mean girls" would speak to me at all today, and wouldn't even look at me if they were walking right past my desk. It was odd and uncomfortable, but then by early afternoon I understood: I saw  two of the women quietly bringing in loads of pastel-wrapped packages, gift bags, and a cake and heading to the back office area. It was obvious that they had pooled money for gifts and a cake to surprise Mr. Oates on the day he came back to work after his daughter was born.

I would have loved the chance to contribute to the gifts and cake, and to sign the card I'm sure they had, because I genuinely like Mr. Oates and his family. I was flattered to be one of three coworkers who got an actual text from him around 8am Saturday morning with a picture of the baby and the news that she had safely arrived. (Later in the day he sent out a mass email to the rest of the school staff). I hate to think that he or his wife might think that I just didn't want to contribute! And it stings to realize you're being left out, disregarded. Things like this happen all the time these days.

There are other problems at the school that have nothing to do with me or the bullies. Some of the best teachers are leaving or retiring out of frustration. Lots of people are really unhappy. It's not just me, things are....off. We're not considered a great school in the district. Add it all up, and I've recently come to a decision.

Sometime in the spring, when positions in the district start opening up (just ahead of everyone having to sign next year's contracts) I'm going to talk to Mr. Oates about either some sort of promotion at our school  or a transfer to something better somewhere else. Aside from the fact that I'm not enjoying my job the way I used to, after five years of hard work I'm ready to make more money and to do a little better for myself.