It's the eve of Thanksgiving and I'm grateful for so many things at the moment. 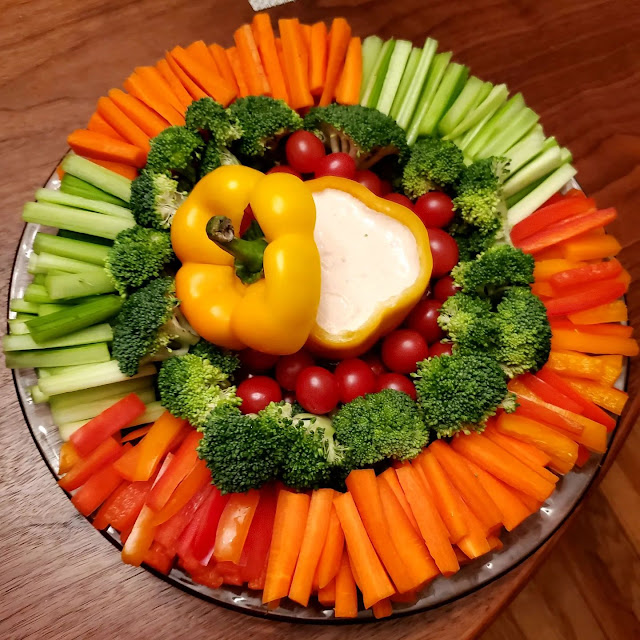 Nobody wanted the healthy option! :) 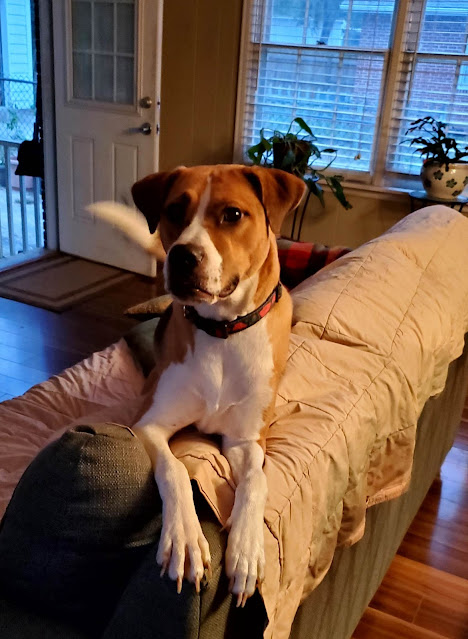 She's brought so much fun and energy and lightness to our home this year. She's wildly playful, smart, and very affectionate. It's been a joy having a young dog again. And this is the start of her first holiday season with us!
Tonight, Thanksgiving eve, is special in our home because it was the night before Thanksgiving 2007 when a stray puppy showed up at door and became our beloved Ginger. Since it was her homecoming day, it became a personal family holiday and that hasn't changed since she died. Now we have Poppy, who shares so many of Ginger's good qualities that I think she's going to be a worthy successor to her.
Happy Thanksgiving tomorrow if you celebrate, my friends!
Posted by Jennifer at 6:23 PM