When we adopted Poppy last spring, we thought she was going to grow up to be a small, sweet, and somewhat meek dog. We didn't hear her bark once the first week we had her, and she was so little!

Now she's a year old, and we couldn't have been more wrong. She's got a big personality (my husband calls her "bossy") and she's not one to take on a secondary role. When we first got George, he followed Ginger's lead in everything, but we thought that was just because of the age difference. He's such a big strong fellow that we just assumed that a new puppy, particularly a female, would fall behind him in the pecking order. Even though he's older, and a male, he pretty much always takes a step back and lets her go first in everything.  You can see it in pictures: 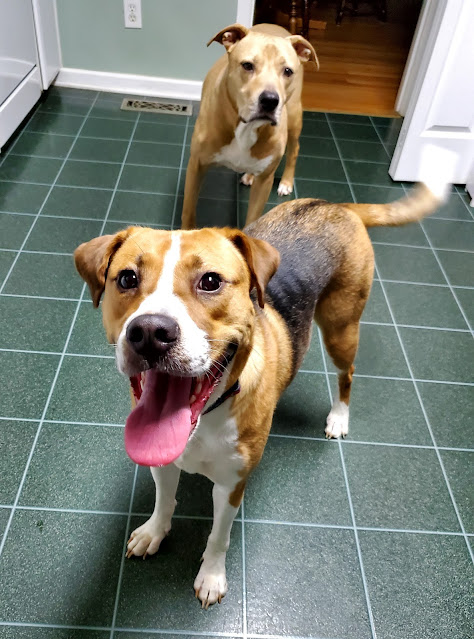 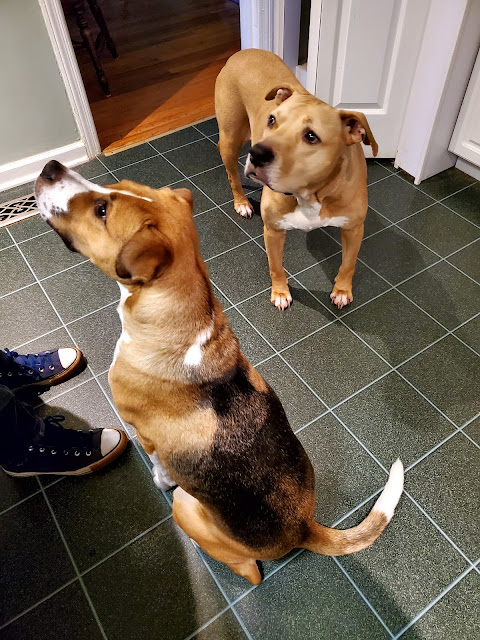 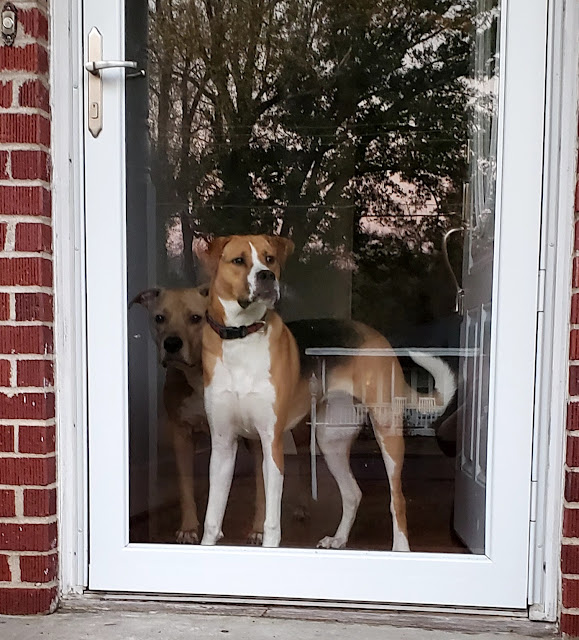 Somehow, we've ended up with two dominant female dogs who think they rule the roost! George doesn't seem to mind, though. In fact, him and Poppy are now best friends!

Email ThisBlogThis!Share to TwitterShare to FacebookShare to Pinterest
Labels: George and Poppy, Poppy