Today's post brought to you by the letter "P"

The Password
My 8 year old buddy, little P. (another "P") is the son of one of the counselors at the school where I work. His elementary school dismisses an hour before we do, so he rides the bus over in the afternoon to wait for his mom. We've been good friends since the start of last year. Prior to Covid, he would hang out by my desk and if I wasn't too busy and I'd let him use the copier, shred papers that needed it, and compose emails to his mom. He's a darling little kid. This year, due to Covid restrictions, he can't hang out in the main office. He has to go to his mom's private office down the hall and wait for her in there by himself. We still manage to have some fun, though. One time last year when he was typing an email on my computer he was acting silly and typed in a bunch of gibberish letters. I told him to "erase all that gobbledygook!" and he nearly fell off his seat, laughing. He had never heard the word "gobbledygook" and it tickled him to no end. It became one of his favorite words! So this year when he arrives at our school and rings the front door buzzer (which I man), and I see that it's him on the camera, I say "Hello young (insert Jedi, Hobbit, Astronaut, whatever springs to mind) what's the password?" and he jumps up and down and yells "GOBBLEDYGOOK!!!!"  This is usually one of the best parts of my workday, being silly for a minute with an 8 year old.
The Present
Little P. loves the new aquarium in our school lobby. He's fascinated by the goldfish and asks really good questions about them. Gregg was so impressed with him showing interest that he picked out a book to give him from his own small library of aquarium reference titles. It had lots of information about recreating water habitats from around the world and lots of photos. Obviously it's not meant for such a young kid, but he reads far above his grade level and we're pretty sure he'll get something out of it, even now. 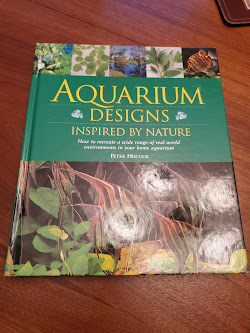 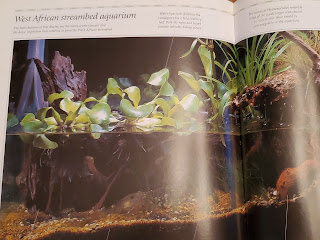 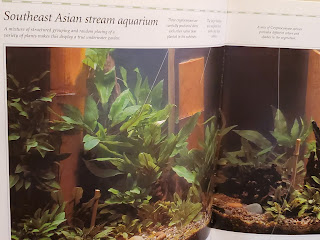 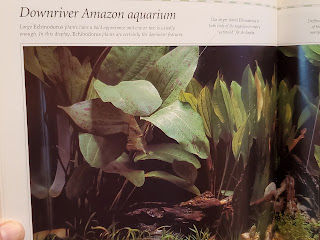 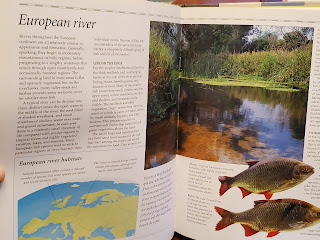 The Prayer
Last week little P.'s mom came by my desk and said, "Mrs. Barlow, you've done it now!"**  She said that of course the boy now wants "a fish" for a pet and has been needling her about it. Of course, she's wisely hesitating to agree for the moment. Then the other morning they were having their "morning devotions" before leaving for school/work and when P said his prayers he added at the end: "....and please God, let me get to have a pet fish. Amen."
**I've explained to P that an aquarium is something that requires some regular chores to maintain and it's a real responsibility. I told him that if he really wants an aquarium, that the best way to convince his mom will be to keep learning about the two at our school and proving that he won't lose interest in the next few months. There's no hurry. And I didn't tell him this, but of course Gregg could help him get started with something small and manageable for a kid if we're sure he'll take care of it. We'll see.
Posted by Jennifer at 12:22 PM