The great state of Georgia has flipped BLUE today! What a great day for our hurting nation.

Congratulations to Senators-elect, Rev. Raphael Warnock and Jon Ossoff! These remarks from Reverend Warnock made me cry this morning:

During his statement, Warnock talked about his family's long history in the state and about following in the footsteps of Rep. John Lewis and Martin Luther King, Jr. The Democrat serves as the senior pastor at Ebenezer Baptist Church in Atlanta, King's spiritual home.

He spoke about his parents' humble origins in the deep South and overcoming the odds in a race against one of the richest senators in U.S. history.

"A son of my late father, who was a pastor, a veteran, and a small business man. And my mother who as a teenager growing up in Georgia, used to pick somebody's else's cotton," Warnock said. "But the other day, because this is America, the 82-year-old hands that used to pick somebody else's cotton went to the polls and picked her youngest son to be a United States senator."

He continued: "May my story be an inspiration to some young person who is trying to grasp and grab hold of the American dream."

Also, let's not forget one of the heroes who made this possible... 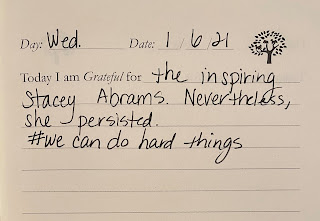 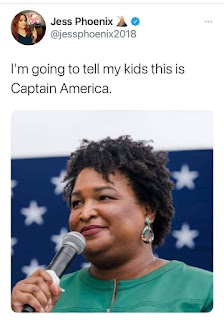