It's been an unseasonably chilly day here today. The high temperature only reached the mid 50s, which is more like February than May in South Carolina. Personally, I'm enjoying it. The heat and awful humidity will be along shortly, no doubt.

We've also gotten some much-needed rain. The last several weeks have been very, very dry and watering with the hose just isn't the same. Despite the cool temperatures and lack of rain, my garden seems to be flourishing. Knock on wood. 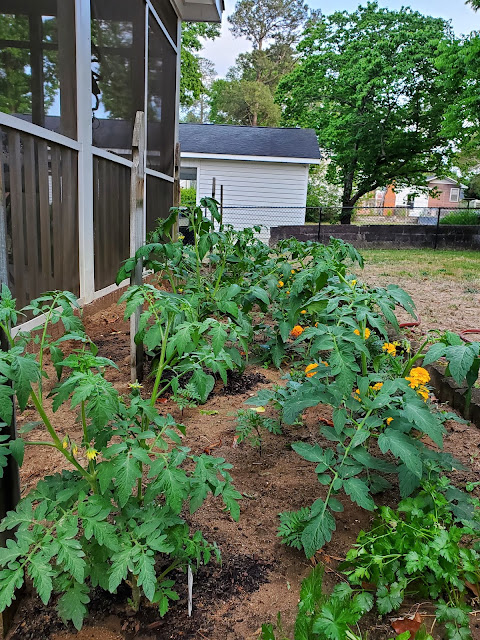 You may remember I mentioned a female cardinal had built a nest in our pomegranate tree. She's been sitting on it, but so far hasn't produced any eggs. I know because I snuck over there and reached up high to snap a picture with my phone when I noticed that she (and her mate) were off somewhere for a minute. 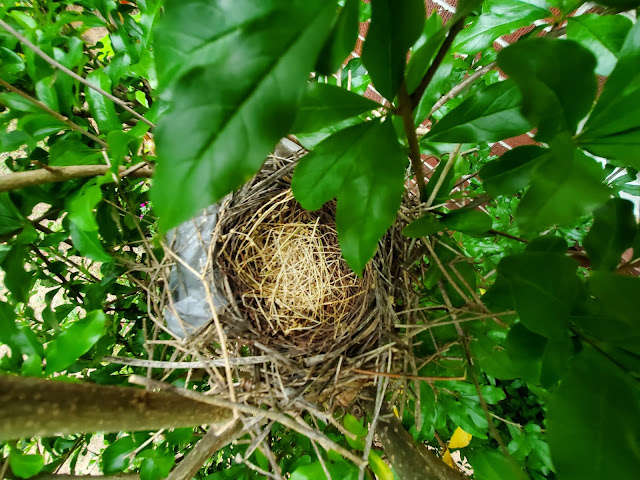 Isn't that a pretty piece of workmanship, though? There's even a strip of clear plastic woven in on one side which you can see in this picture. And the pomegranate is blooming like never before, so it's going to be a pretty place for a clutch of baby birds to come into the world. There are so many flowers on the tree this year that I'm beginning to think we may even get a few fruits for the first time! Baby birds and pomegranates...how cool is that?

Here's something else I wanted to show you. Early Sunday morning we took George to the park down the road from our house, and had it all to ourselves. The city has just had a nice new skate park built over on one side and I got a photo of it. 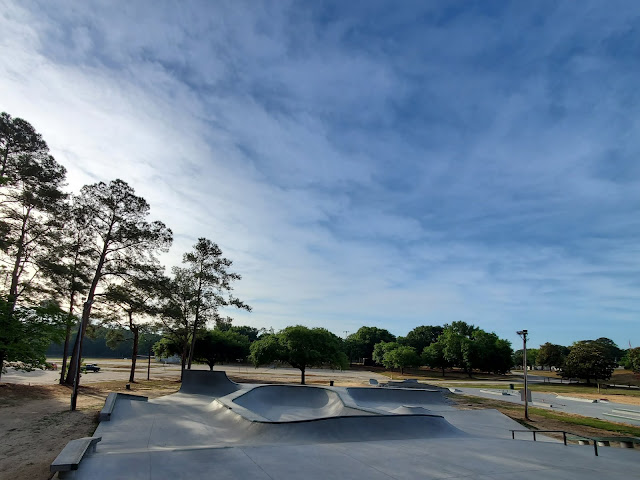 It's bigger and nicer than it looks in this photo. Usually we see lots of kids with skateboards having a great time on this super-smooth new skating area. I never could use a skateboard as a teenager. I had several good friends in high school that were stoner/skater type boys, but I was too clumsy and uncoordinated to even stand up on a board. How some of those guys would have loved having a place like this to practice! They had to make do with homemade ramps and such when we were growing up. I feel lucky as an adult that I have easy access (less than a mile from my home) to one of the nicer parks in our county. This particular one has five (I think) baseball fields....speaking of which....

My buddy Little P. is playing baseball for the first time this year, and they play most of their games at this park! Gregg and I went to one a couple of weeks ago to see him play. It was so much fun! I know very little about baseball, but Gregg and his brother and sister played for years when they were growing up. Little P. didn't know we were coming, and we walked up to the side of the fence just as the game was starting. When he came to the outfield close to where we were standing, I started to go over and call to him, but Gregg stopped me and said, "If he knows you're standing here watching him he won't be able to concentrate" and he was right. A few minutes later he happened to look our way, spotted us, and for the rest of the game he kept checking to see if we were looking. :) He was so happy we came to see him! 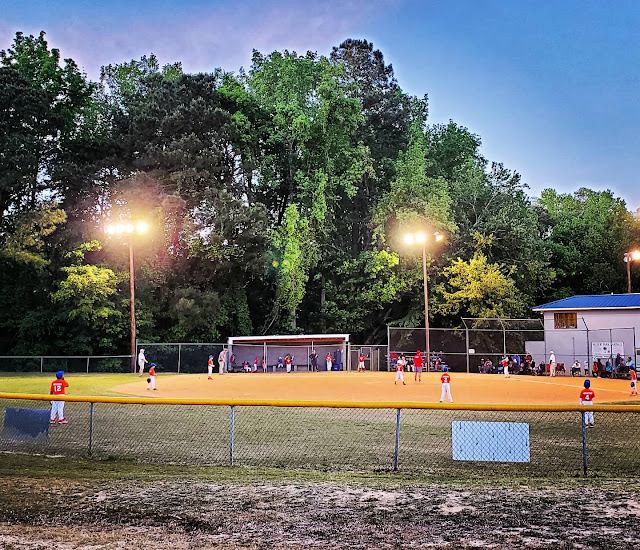 Speaking of P., his mom asked me if he could hang out at my desk for my last 30 minutes yesterday while she went to a meeting. Of course I said yes, and was happy to have him. He got on a roll telling me silly fart jokes and making me laugh, until I finally made him take a selfie with me while we were giggling. Of course he had to pretend to be picking his nose while I took the picture! That child is such a joy to me. 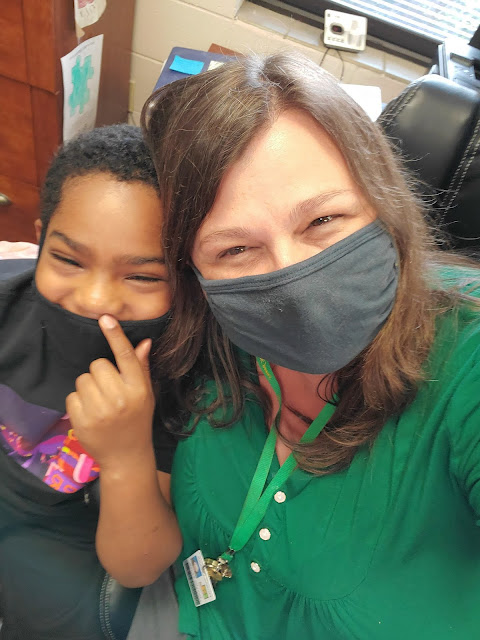 Q: What do you get when you eat bean and onion soup?

Q: What do you call a dinosaur fart?

A: A blast from the past!