Turning off the news

It's another beautiful and mild day here in my part of the world. This week has been warm and springlike, so much so that I wore shorts yesterday as I puttered around the house and the outdoors. The very earliest trees and bulbs are blooming already, my favorite being this grand old magnolia that belongs to my next-door neighbor. 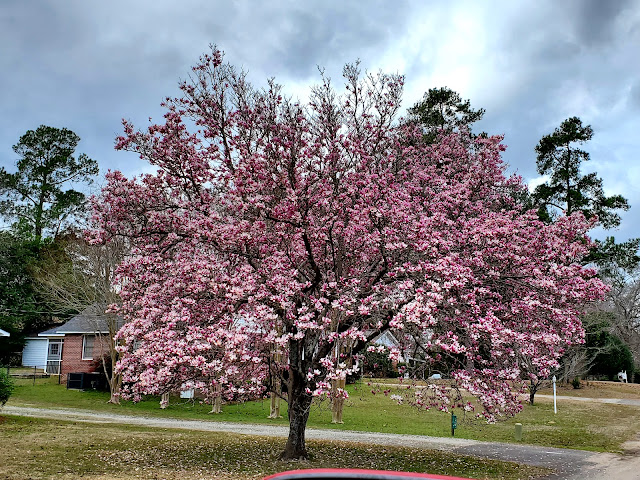 Although I've had the week off work, I've been busy. On Sunday, we planted the crabapple stick tree in our front yard. If it lives, I fully expect it to take several years before it's much to look at. 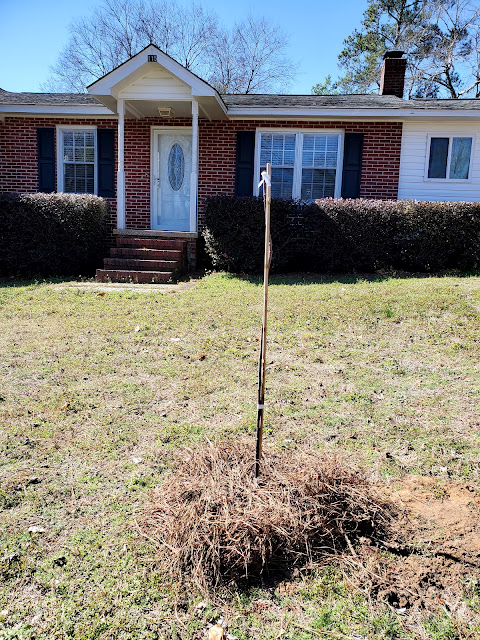 The next day, Monday, Gregg helped me put up a bluebird nesting box in the back yard. The box was a Christmas gift many years ago from my late mother-in-law, Edythe. She shared my love of feeding wild birds and had a bluebird box in her back yard in addition to several feeders. Since we were renting at the time, I decided to put it away and save it until we were able to buy a home of our own. We've seen lots of Eastern bluebirds in this neighborhood, so our chances of attracting a pair to nest are pretty good. In fact, the morning after we put it up, I saw a pair of them checking it out! I was pretty excited, but they flew away after a few minutes. I haven't seen them again, at least not yet. Fingers crossed. 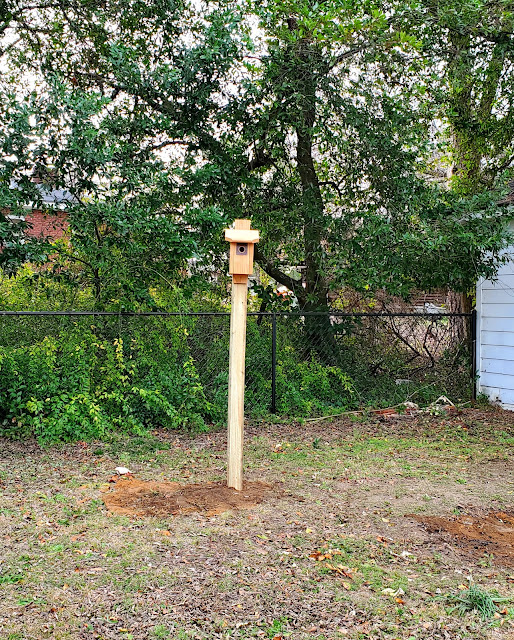 Speaking of fingers crossed, today I sowed seed for early spring vegetables in part of my raised bed. Carrots, lettuce, and radishes... 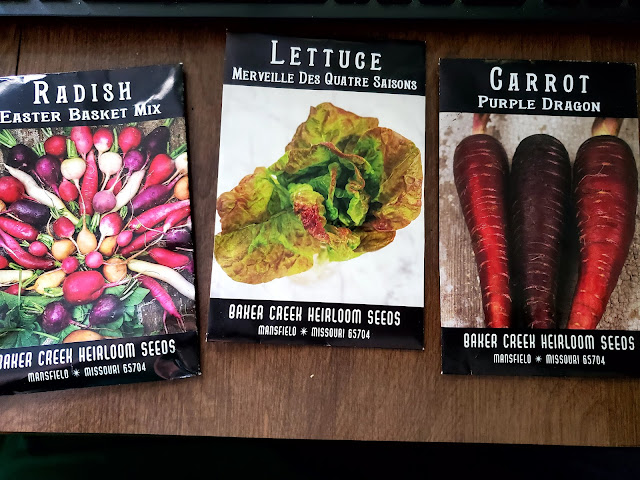 Just for fun, I also planted some potato seedlings in a large plastic container. I don't have much expectation of actually getting potatoes, but it will be a fun experiment. Over the weekend I'll be starting tomatoes and peppers indoors in peat pellets. We have about 6 weeks until our last frost date, which is just about right for having seedlings of a good planting-out size.
With all these gardening projects and other things going on, I've been mostly avoiding the news these days. The last few years have just been exhausting. I've found it's better for my mental health to not follow national and world events quite so closely as I used to. I'm aware of the Ukraine situation, but I feel helpless to do anything except feel terrible about it. I realize it's the height of privilege to be able to tune out such events and concentrate on my own small life, but I don't know of any alternative that would actually accomplish anything. I don't take for granted how fortunate I am, at least.
We Lived Happily During the War by Ilya Kaminsky //
And when they bombed other people’s houses, we
protested
but not enough, we opposed them but not
enough. I was
in my bed, around my bed America
was falling: invisible house by invisible house by invisible house.
I took a chair outside and watched the sun.
In the sixth month
of a disastrous reign in the house of money
in the street of money in the city of money in the country of money,
our great country of money, we (forgive us)
lived happily during the war.
Posted by Jennifer at 2:59 PM