When I got home from a quick trip to the farm stand yesterday afternoon, I had a visitor in my driveway. 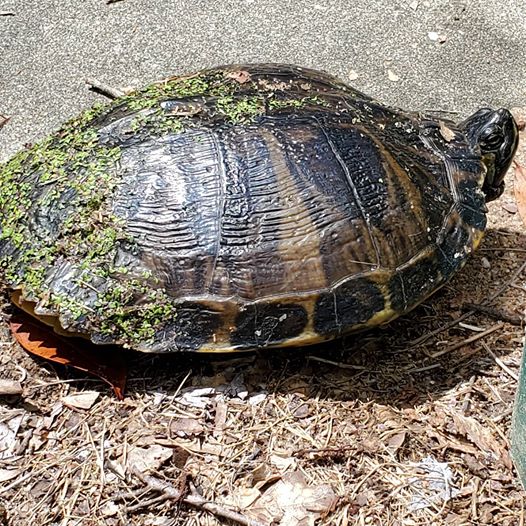 This was a big guy (girl?) whose shell was probably 8-10 inches in diameter. Since I had bags in my hand, I snapped a couple of quick pictures and then went in the house to put away the food. Less than 10 minutes later I returned, only to find that the turtle had vanished. Since there's a long fence beside where I saw him, and another fence on the other side of the driveway, he must have been hauling shell to be out of sight so quickly. 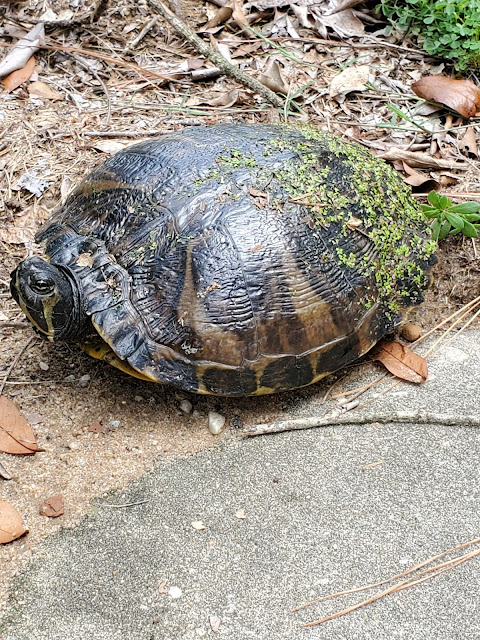 Later in the afternoon, I was thinking about the turtle and how quickly it had disappeared, and I suddenly remembered that just before going back outside I had put down the garage door with the remote we keep in the den. I told Gregg about it and we decided to check the garage, just on the off chance the turtle had sought refuge in there. I'm so glad we checked! We found him/her hiding behind one of the front wheels on my car! That would have been terrible if I had backed out without looking.

Gregg donned a pair of work gloves and gently coaxed the turtle out from under the car so he could grab it. 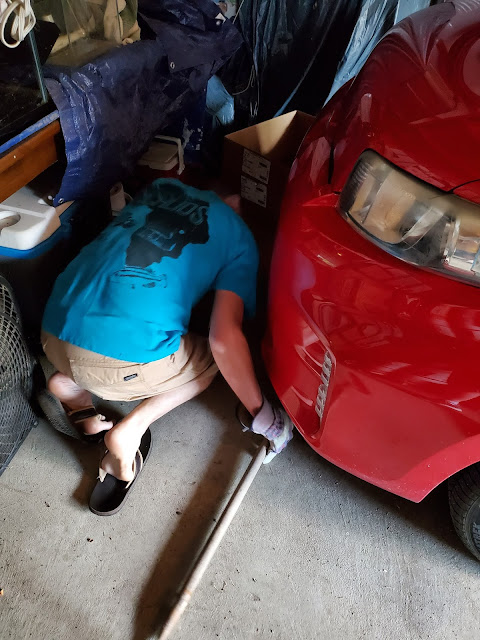 And then we put the turtle down on a grassy area beside our house so it could go on its merry way. Freedom! 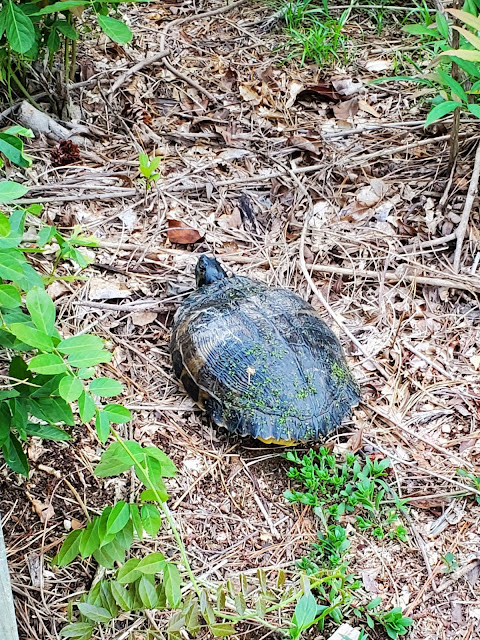