It snowed again last night! I can't believe we've had snow two Saturday mornings in a row. We only got about half the amount of last week, but it was still pretty. 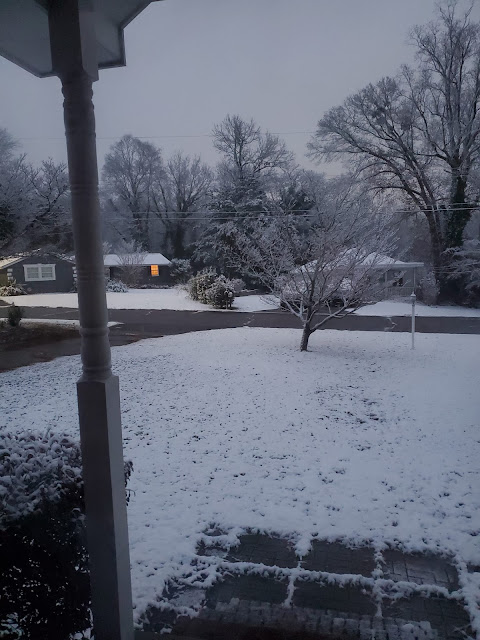 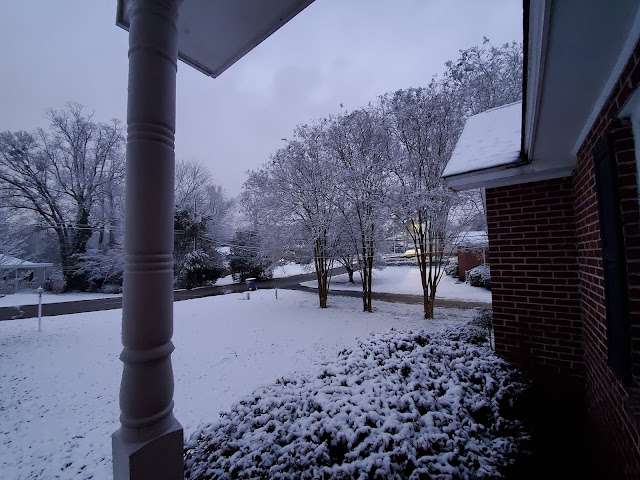 Then a couple of hours later when we took a walk... 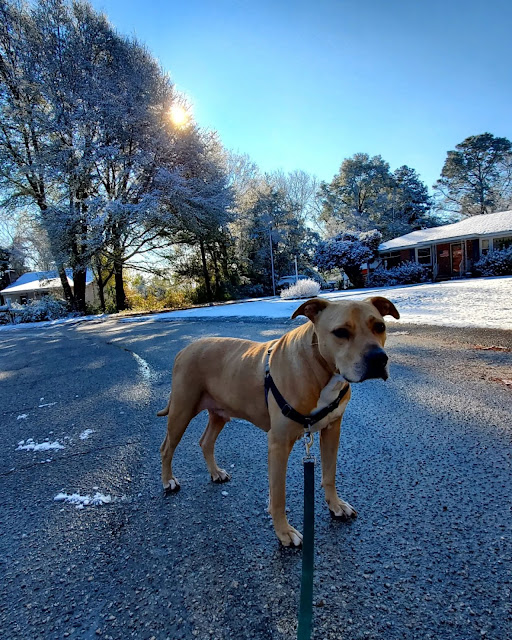 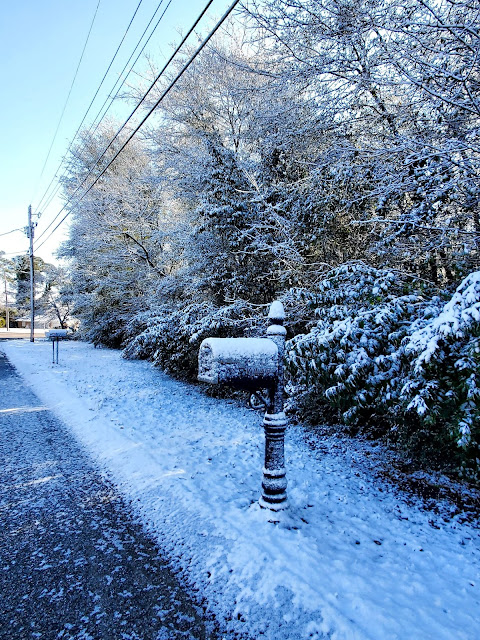 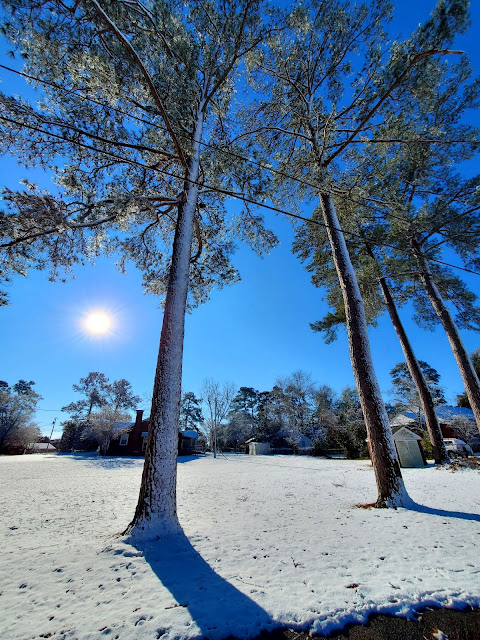 Apparently January 29th is a good day for snow in South Carolina, because these popped up on my Facebook memories from this day in 2014. We had just adopted George the previous month. 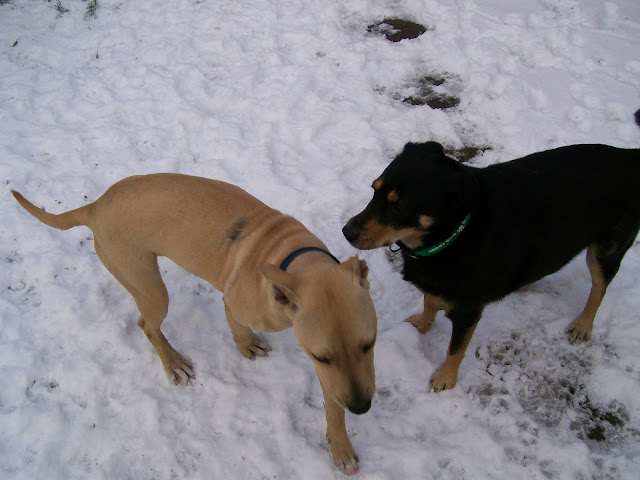 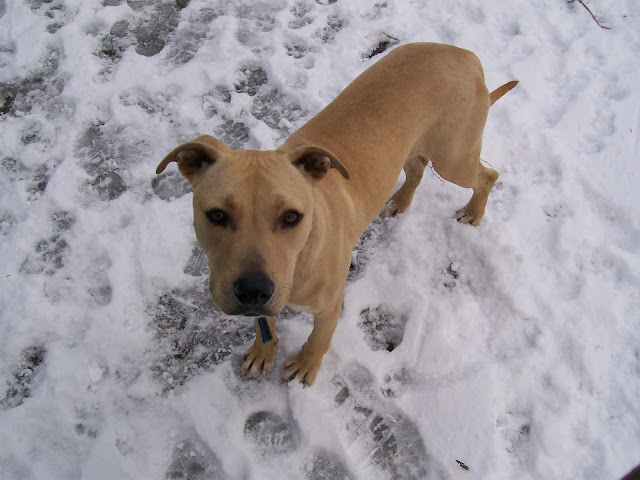 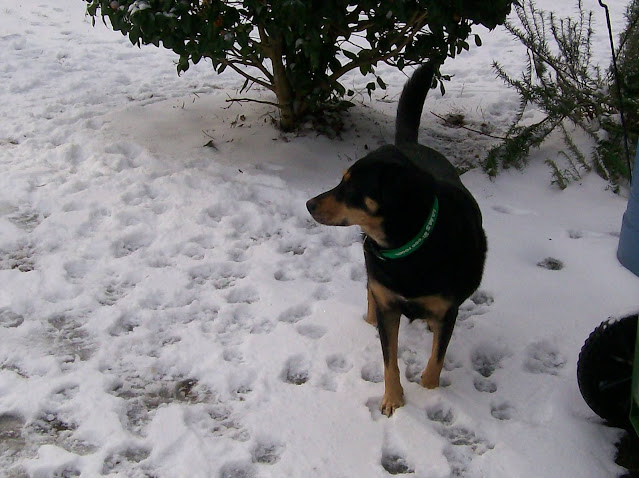 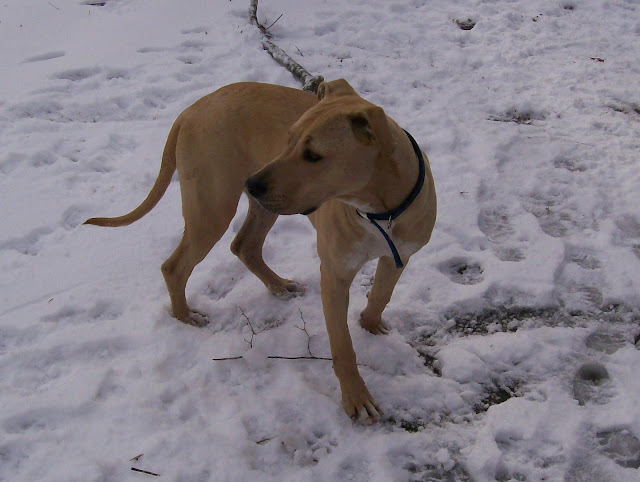 I sure wish Ginger was here to romp in the snow with George again. She's still loved and missed.
Posted by Jennifer at 4:10 PM