My little friend P is ready for Halloween. He keeps changing his mind about the costume he wants to wear for trick or treating. At first, he planned to be a superhero that I'd never heard of (the Flash?) but since then he spotted a Ninja costume for sale somewhere and that's what his heart is set on. At least for now, anyway. His mom reports that he's also obsessed with the idea of carving a pumpkin this year. She's never carved a pumpkin in her life (oh the horror!) so she had no idea where to even begin. When I told her that I've carved plenty of pumpkins in my time, we hatched a plan to surprise little P a couple of nights before Halloween. Mom invited me over for a little pumpkin carving party....she's supplying the pumpkins, I'll bring along some safe carving tools and the knowledge of how to proceed. Oh, and candles. There's something magical about lighting a candle and putting it inside of a jack o' lantern to glow! I'm also planning to pick up a pizza on the way over to share. Little P. is going to be so surprised when I show up at his house to carve pumpkins with him and his momma!
“First of all, it was October, a rare month for boys.”― Ray Bradbury, Something Wicked This Way Comes
Here's a piece of Halloween art he made for me at school the other day. His mom said, "See? What did I tell you? He's obsessed with pumpkins this year!" when he presented it to me. 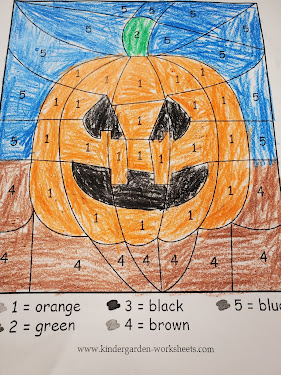 Of course, good manners meant a thank you note and reciprocal gift the next day: 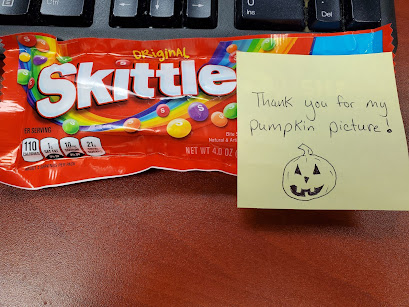 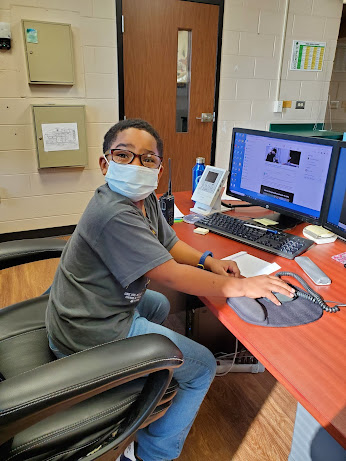 That silly boy sat himself down at my desk one afternoon this week, put my reading glasses on, and said: "I'm MISTER BARLOW. Do not bother me, I am working!" Hahaha. That kid is a riot. The next day he rang the front door buzzer and when I looked at the camera, he was grinning up at it with a fake moustache and sunglasses on. I laughed so hard! Seeing this little guy is often the best part of my workday. I'm sure we'll have a blast carving pumpkins and eating pizza when the night comes!
Posted by Jennifer at 6:48 PM