Month Ten (of the longest year ever)

October is here and 2020 continues it's run of being the craziest year ever. You couldn't make this shit up. I don't have much to say about the POTUS being sick. I'm trying hard to swallow the mean, small part of me that thinks he deserves whatever comes to him. I can't feel too sorry for him as a person, but I will admit that (I guess because of the office he holds) I got a lump in my throat when I saw him getting off the helicopter at Walter Reed. These are precarious times for our country. I can't imagine the resulting chaos if he should happen to die, and I hope that doesn't happen. What I want to see happen is him to get voted out of office in a landslide in November and then just go away. Not to the graveyard, mind you, just away. I can't wait until he's out of our national consciousness and we can hopefully start to heal and move on as a country.

Trying to be a bigger person won't stop me from posting these memes for your enjoyment, though.

On the increasing consensus that the original "super spreader event" was the Rose Garden event at the White House to announce the new nominee to the Supreme Court: 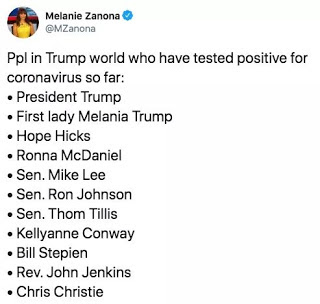 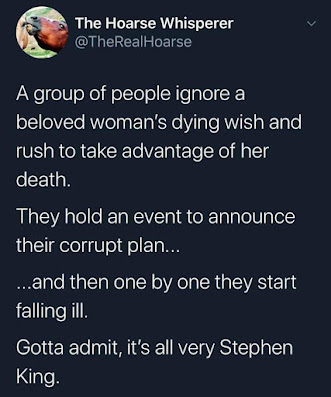 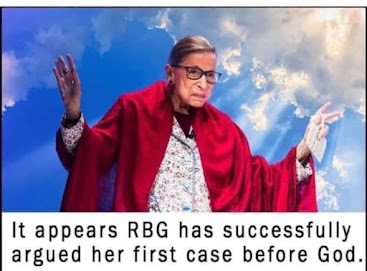 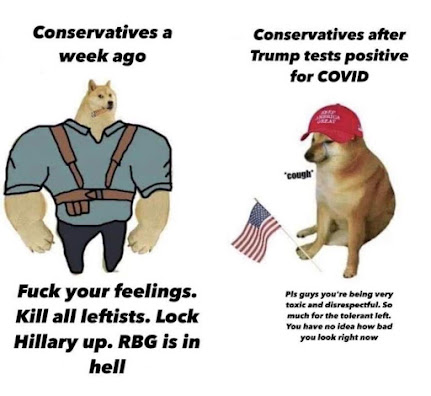 It's sad that that last one is only funny because it's so true. Anyone who has Trump loving friends on social media know what I'm talking about.
Onto more pleasant topics. Martina dropped off a copy of  Solutions and Other Problems by Allie Brosh that she bought for me yesterday and I finished it this morning. It was funny, just like her first book, but the part where she talks about her health problems and then the sudden death of her younger sister was heart wrenching. I'll do a quick review of this book as well as a few others I've read recently in a later post, but suffice it to say this book was worth the wait.
Today I went bought a larger, prettier planter for the ficus tree on the porch. We're getting ready to bring it back inside for the winter. 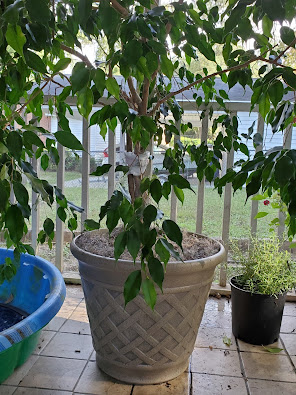 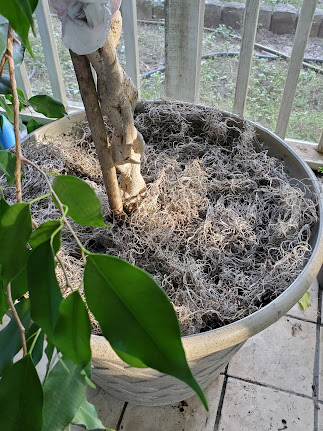 And since it is October now, I added to decorative jack o' lanterns to our front porch. 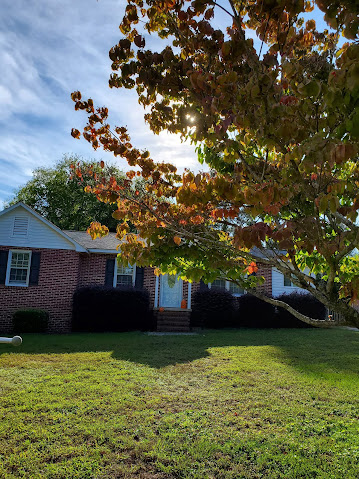 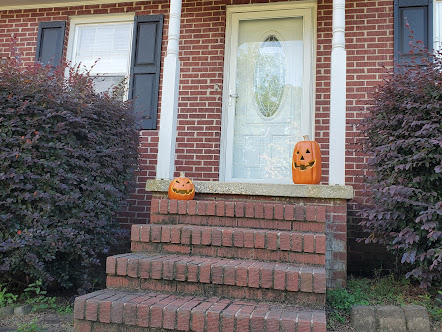 I hope you're all having a good weekend, and that all my American friends are keeping stress and anxiety at bay as well as you can.
Posted by Jennifer at 6:33 PM