Yesterday morning I got up early, showered, dressed, and, like a good citizen, showed up early for jury duty. We have a new courthouse in Florence County and it's quite nice, especially the landscaping. A whole bunch of young crepe myrtle trees have been planted. The flowers are the exact same shade of pale lavender as the ones in my yard. 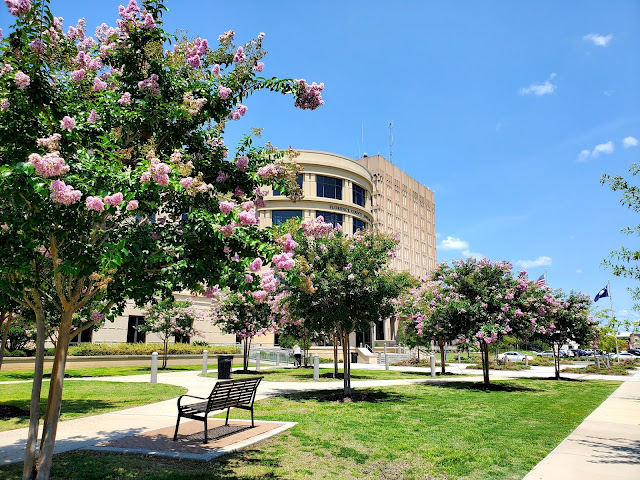 I'm fairly comfortable in a courthouse setting thanks to my two years of serving as a Guardian Ad Litem for kids in foster care. I enjoy hearing how the different judges run their courts. They're almost always old white guys who love to hear themselves talk, but usually  they've had a patina of kindness, humor, and dignity about them. The judge yesterday fit that pattern.

To begin with all the potential jurors stood up and gave their place of employment and position, marital status, and spouse's occupation. Several of us worked in the medical field in some capacity; Florence has two major hospital systems that provide thousands of jobs. After we were done the judge made a little speech thanking everyone who worked in the medical field in whatever capacity for their hard work, risk, and sacrifices over the past year. Then he said how worrying the Delta variant of Covid is, and how "South Carolina isn't doing the right thing to help bring an end to this pandemic". I was so excited that he was basically promoting vaccines from the bench! (We were all issued N-95 masks upon arrival and expected to wear them the whole time). Then later he started talking about jury responsibilities, and how no one really likes jury duty, but "in my experience South Carolinians are cheerful about doing their civic duty. I've often thought, that as one of the original 13 colonies, we have a great deal of respect for the English court system that we adopted from the beginning. With all it's faults, it's still the greatest system of justice that has ever been invented."

I wasn't picked for the jury. We were all issued temporary debit cards where I'll be paid for my one day of service and also for my mileage. Altogether I think I'll make about $10 or so.

Ah, well. It was still better than going back to work on the first day. Instead, midafternoon I went to Marian's house and went swimming. 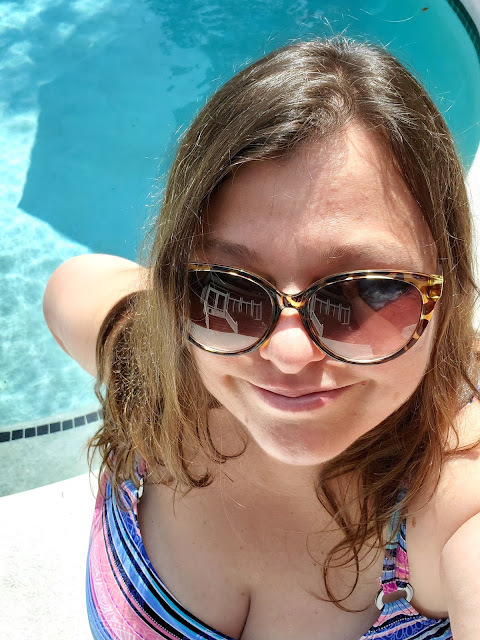 And when I got to work today for my actual first day this year, a couple of the other office people said, "Thank god you're back! We couldn't get anything done yesterday for answering the phone and dealing with visitors at the front door! We were going to come kidnap you if you didn't show up today!"

Knowing they had to do my job all day yesterday was almost as sweet as the cool, cool water of the pool I was swimming in while they did it.