How we spent the 4th

It was a nice long weekend here. We got some work done in the yard and garden, spent extra time with Marco on the porch, took George for nice walks around the neighborhood, and grilled out on Sunday. Later that night lots of our neighbors blew up fireworks, and for the first time it made George nervous. We stayed inside with him, watching tv with the volume up a bit. Downton Abbey has come to Netflix so we've been watching a few episodes every night recently. 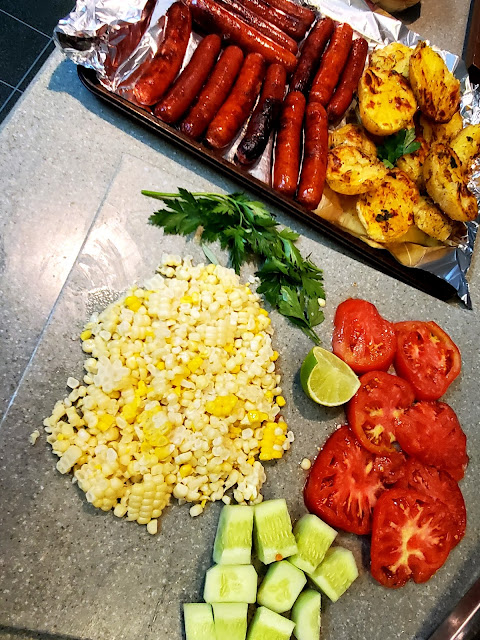 Our 4th of July feast from the grill. Hotdogs, sausages, sweet corn (grilled in the husk), tomatoes and cucumbers from my garden, and potatoes grilled with rosemary, parsley, sea salt, and olive oil. Obviously this was enough food for two or three meals! 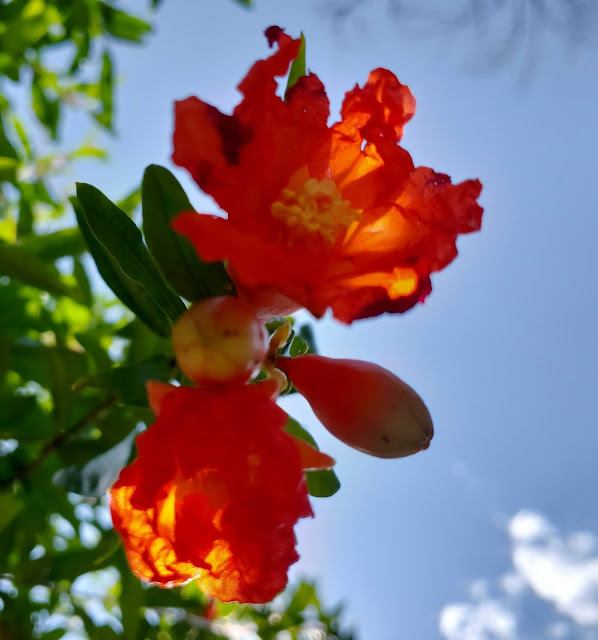 The ornamental pomegranate is blooming. Isn't that a lovely shade of orange? The miniature roses are finishing up a second flush of blooms, too. 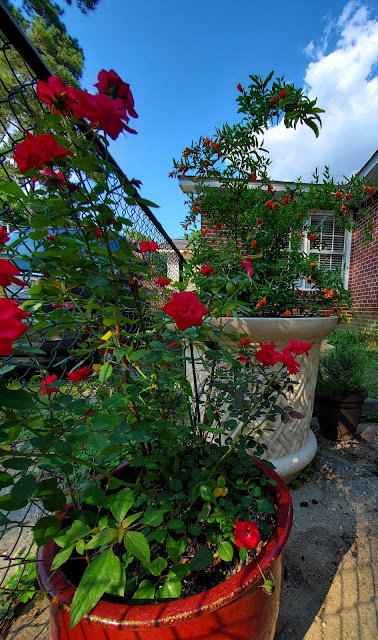 We've finally harvested a couple of German Queen tomatoes.  They're meaty with a full tomato flavor and very few seeds. Definitely a variety to consider again for next year! 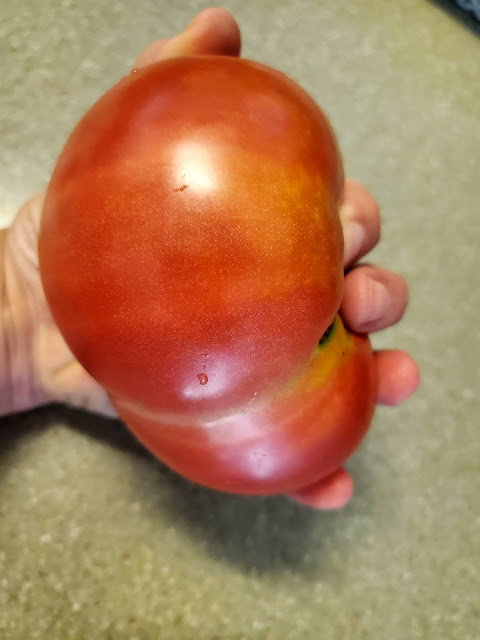 The Mr. Stripey tomatoes are starting to ripen. We haven't tasted this one, yet. It won't be long. 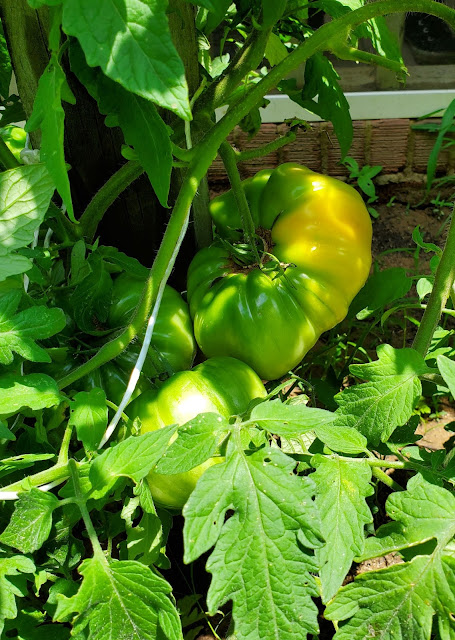 And before this month is out, we'll be eating our own cantaloupes. I'm ridiculously excited about it! 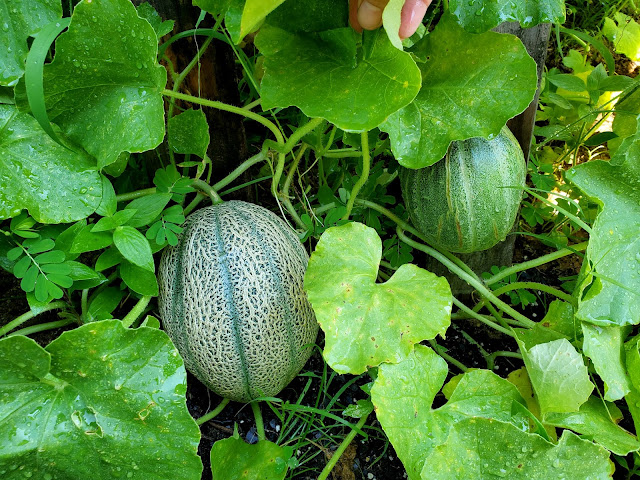 I hope you've all had a good weekend, too!
Posted by Jennifer at 4:13 PM