I can hardly believe it's already the first of July. The summer is flying by, which makes me a little bit sad. It will be over and done before we know it.

One of our neighbors put out this Pride flag at the beginning of June. It makes us smile every time we walk past their house with George. We don't know the people that live there, but we'd probably be friends. 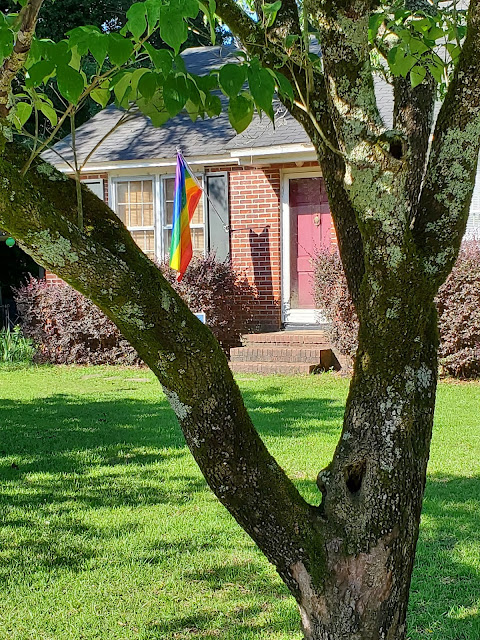 I'm supposed to go back to work on the 26th, and guess what? I got a summons for jury duty on that day! I've never had jury duty despite being registered to vote since I was 18 years old. From what I understand, I'll appear in court that day and the attorneys will decide whether or not they want me to serve. So I might or might not end up missing more than the first day of school.

If I end up missing the first week, that's fine by me. The students don't come back until August 2nd, so most of that first week in the office will be spent helping with all the last minute registrations and answering hundreds of phone calls. Not a fun time. And for the first time I'm apprehensive about going back to work this year; some serious problems had developed that didn't get resolved before we left for the summer. I need to have a meeting with the principal early on so we can work some things out. The stress was starting to get to me at the end of last year. I didn't even realize how stressed out I was until I had a couple of weeks off and saw what a difference it's made.

But enough about that! I still have three and a half weeks off before I have to worry about going back to work. I'm really enjoying my summer and trying make the most of it. Speaking of which, here's the master of finding a moment of zen on a summer's day: 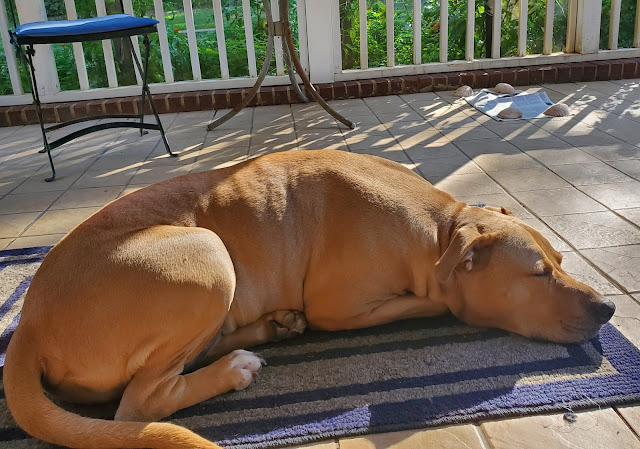 Porch naps in the sunshine! What could be better?