It's a typical late-July day in South Carolina. Hot and humid, with hazy skies that are especially thick looking today because (believe it or not) smoke in the atmosphere from the wildfires 3000 miles away has reached us. Except for a quick early morning walk with George, watering the garden, and a late afternoon dash to the grocery store (in the un-air conditioned truck, ugh!) I've been hibernating in the house with the a/c most of the day.
While outside watering the garden this morning, I saw a beautiful and new-to-me butterfly. I believe it was a Red-Spotted Purple, and I wanted to get a picture of it to show you. Instead, here's an image I found online: Limenitis arthemis astyanax
I had plenty of opportunity to take a picture of my particular specimen, but I decided to spare you. He was perched on top of a giant pile of dog turds and was not moving.* Apparently this is a thing butterflies do sometimes. But anyway, you're welcome.
In other garden news, today I harvested my 80th individual tomato! I've only had a gram scale to weigh them with (don't ask) so I haven't totaled up the number of ounces or pounds, but I believe I've had at least 40 pounds of tomatoes. As soon as the season ends I'll total everything up, but in the meantime it's 80 fruits, approximately 40 pounds and counting. Most of my plants are still growing and setting fruit. This is almost unheard of in this area.
Another 1+ pound Mr. Stripey. 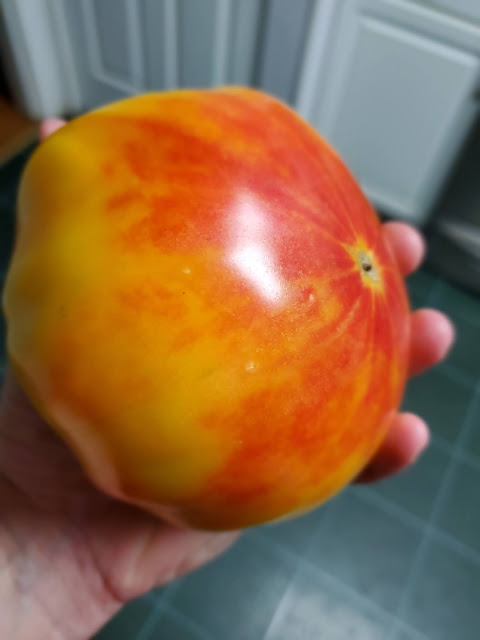 Mr. Stripey, sliced. I love the colors. It's a mild, sweet tomato. 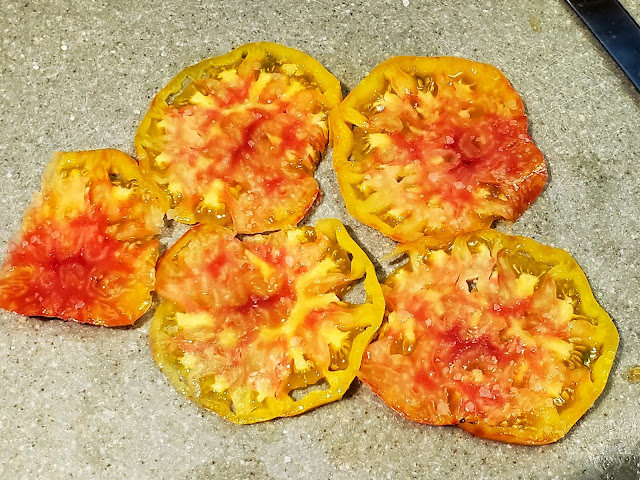 Mr. Stripey and a couple of others are taller than me, now. 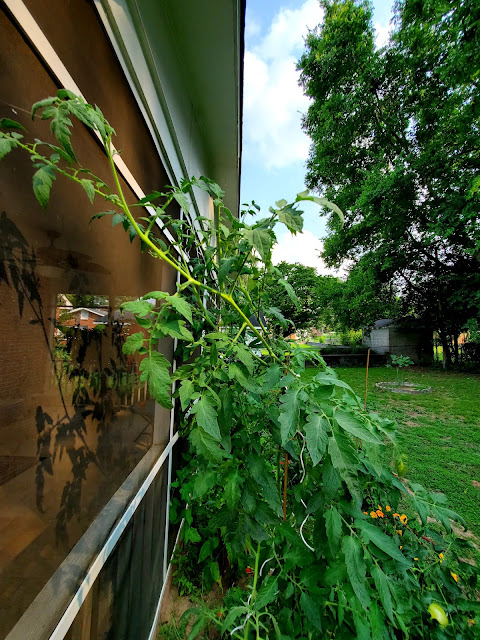 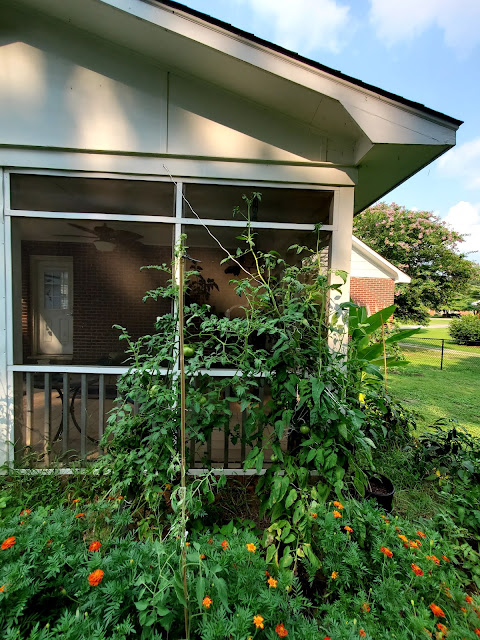 And my bananas! Have I mentioned that my bananas are blowing up? They're also taller than me these days. 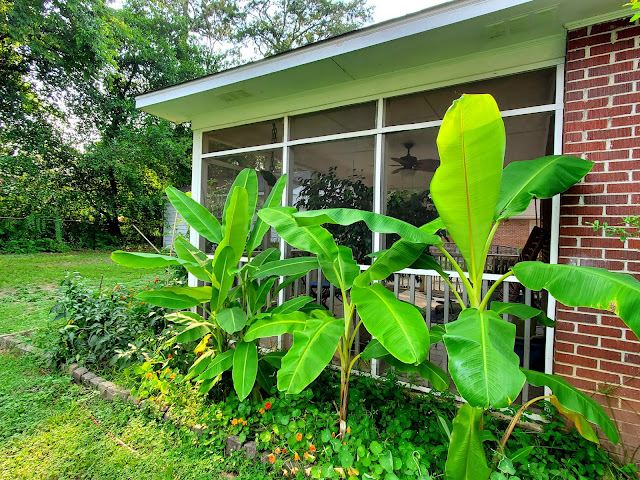 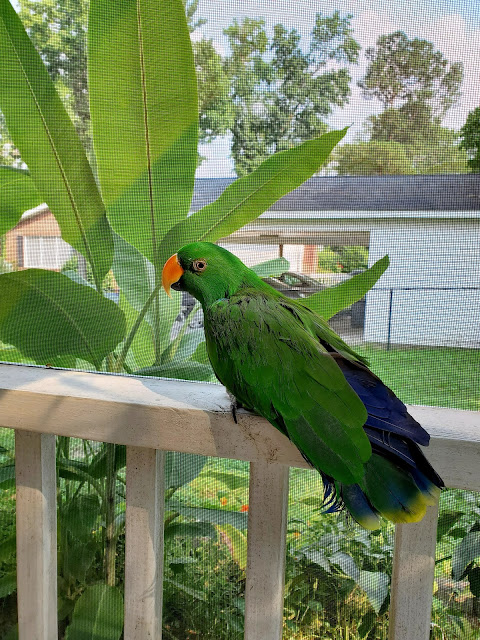 Last but not least, I had to share a picture of Marco for all his fans out there. Here he is posing beside one of the bananas. He had just flown a circle around the porch and landed there. If we didn't have screen to stop him, I assure you he'd be out in the wild right now.
*Doesn't this seem like some sort of allegory for all of Life?
Posted by Jennifer at 6:19 PM