I'm so excited folks.....after months of looking for a job, I finally have an interview this week!

This is the first "bite" I've gotten, and it's for a job that I would dearly love to get.

It's for a position as Director of Volunteer Services with our county branch of the Senior Citizens Association. I would be in charge of recruiting, placing, and scheduling elderly/retired folks in volunteer positions around the county that match their skills and interests. Some of the agencies that accept volunteers from the SCA are hospitals, the literacy council, the domestic violence/child abuse coalition, the humane society, and there are many, many more. I would also get the opportunity to write grants for new programs for the SCA.  I would finally be using my degree in Human Services, and making a real difference in the lives of people in need as well as in the quality of life of our area seniors. It sounds wonderful, and I think I would be very, very happy with it.

Although I've barely used my degree since falling in to retail management over the last several years, I've kept a toe in the field by doing volunteer work. The thought of finally getting a paid job in the helping field thrills me. And best of all, it's a Monday through Friday, 9-5, salaried position. It would mean no more weekend, night, and holiday work, and no more being forced to sell things for a living. And never having to see my current (hateful) co-workers again? That's would be the icing on the cake!

My interview is at 3pm on Thursday. Please, everyone, wish me luck! I'll take any and all good thoughts, wishes, prayers, etc!
Posted by Jennifer at 1:19 PM 6 comments:

Just what the doctor ordered!

I just finished up my short (5 day) vacation, and I feel about so much better! Apparently the stress in my life has been weighing on me more heavily than I knew. A week away from work, the job search, and social media has made an amazing difference in my mood and outlook. I can't believe how much more relaxed and happy I am!

My birthday was Sunday, so I spent my days off doing whatever I wanted. There were several meals eaten out, including lunch (and margaritas) with a friend at a new Mexican restaurant, and lunch at a new seafood restaurant with my mom and dad. The seafood place is a real find: it was initially a small market where fishermen from the coast sold fresh seafood. The market was thriving, so much so that just last month a couple of the guys opened the restaurant. It's been a smashing success, on a very modest budget, and has gotten great reviews from locals on social media. It's just down the street from my house, too. I love seafood, so I was excited to try it out. Plus, the menu includes one of my all-time favorite dishes: 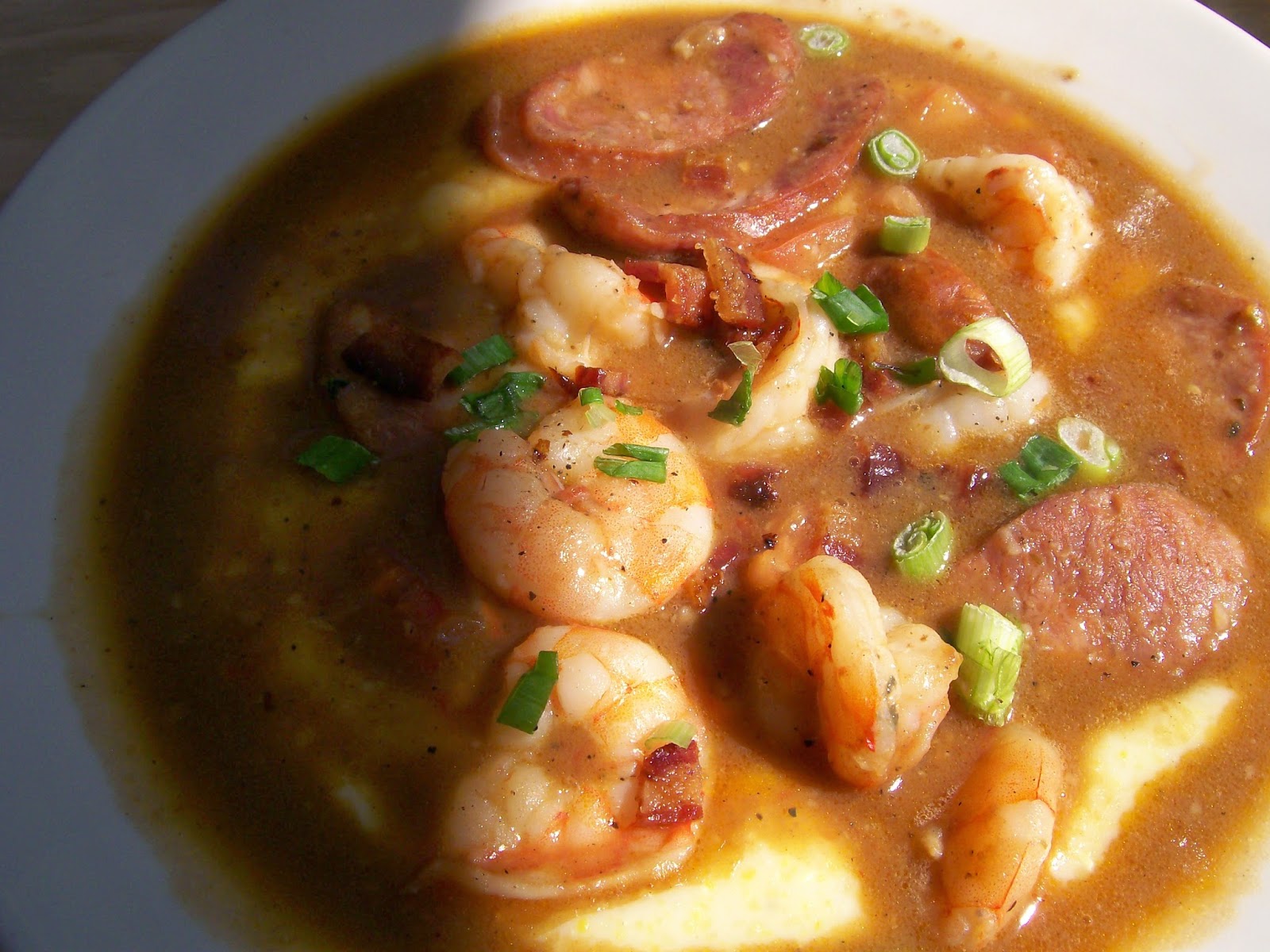 Shrimp and grits. It was delicious.

I also had lots of good food at home during my vacation. Grilled salmon and steaks, early strawberries, and an Italian Cream cake. Yes, eating was definitely one of the best parts of my time off!

Another great thing about being at home was spending a whole lot of time with Ginger and George. I bought some new dog toys Saturday afternoon, which George in particular loves. I've never seen a dog appreciate new toys as much as him. Ginger has always been somewhat indifferent to toys.

George seemed to thrive on all the extra attention he got in the last week. I spent over half my time playing with the dogs, taking them for walks, and working on simple commands with George. He's gotten somewhat calmer, more affectionate, and seems to be trying harder to learn what we want of him. He's such a handsome, lovable guy, and he's forever doing funny things. 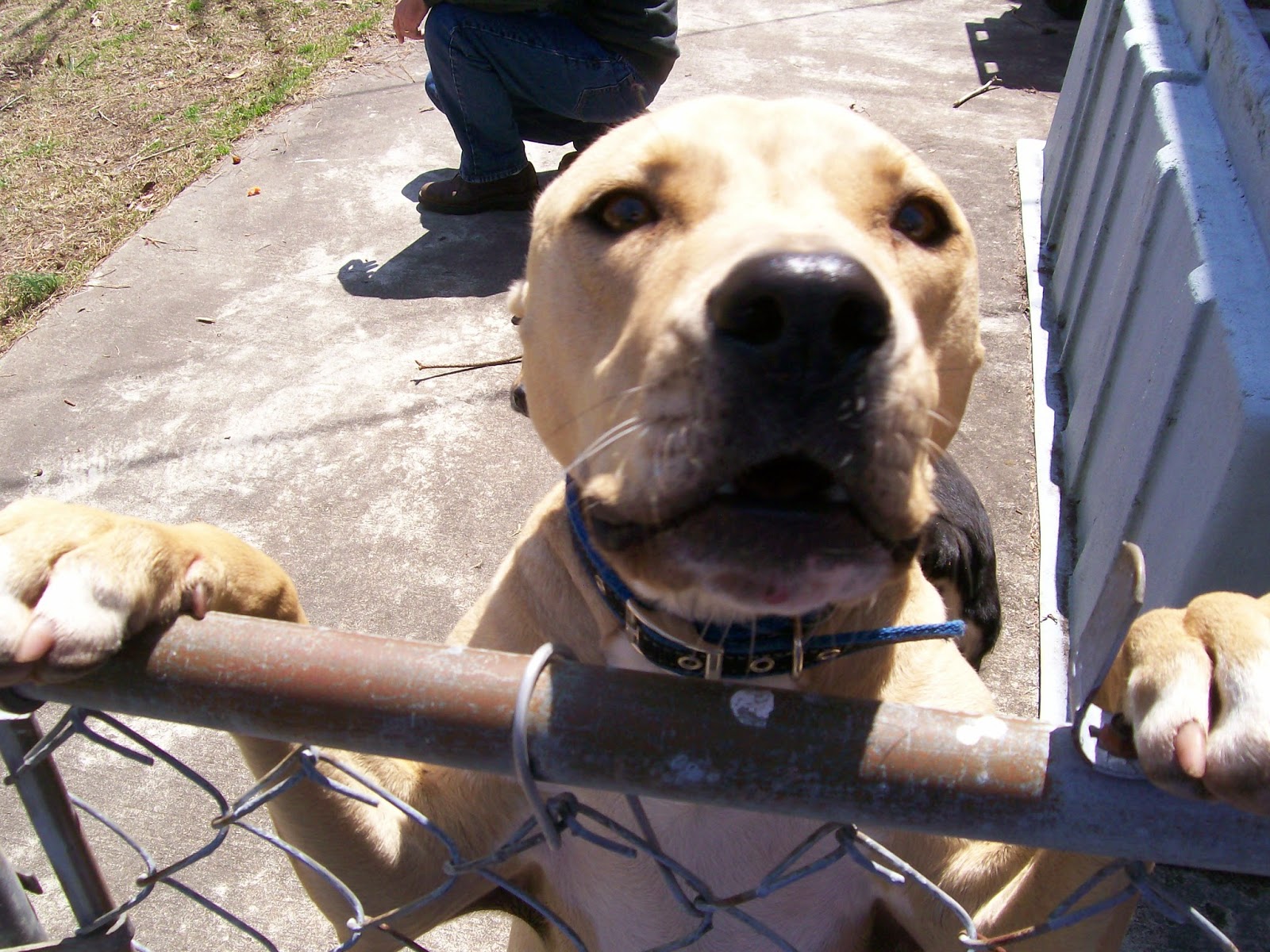 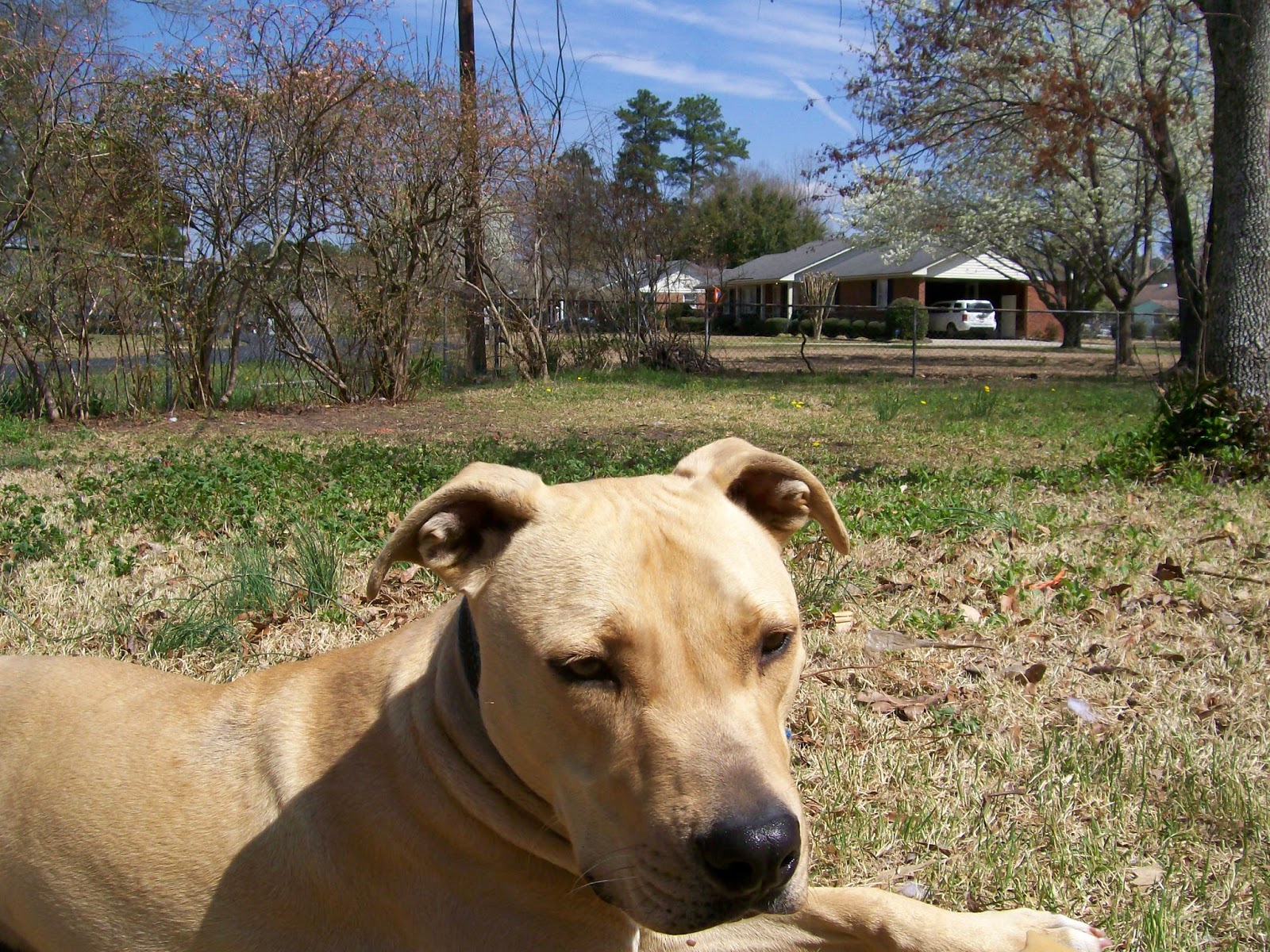 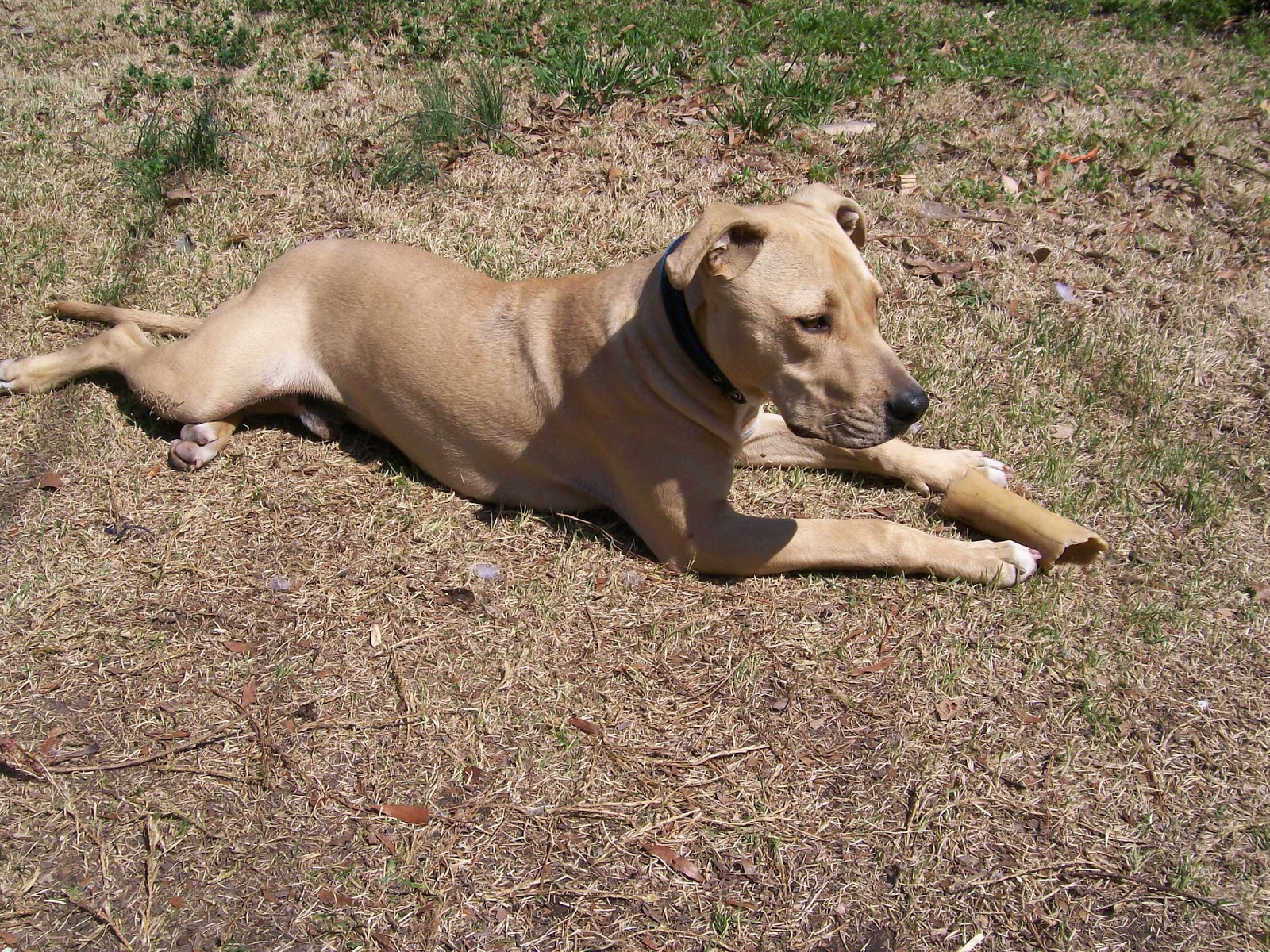 All in all, it was a very nice break. Just what I needed!

Spring equinox has arrived! It's been a long, cold, dreary winter and I'll be glad to see the last of it.
March has been so chilly and overcast this year that everything is blooming and budding on a slightly delayed schedule. 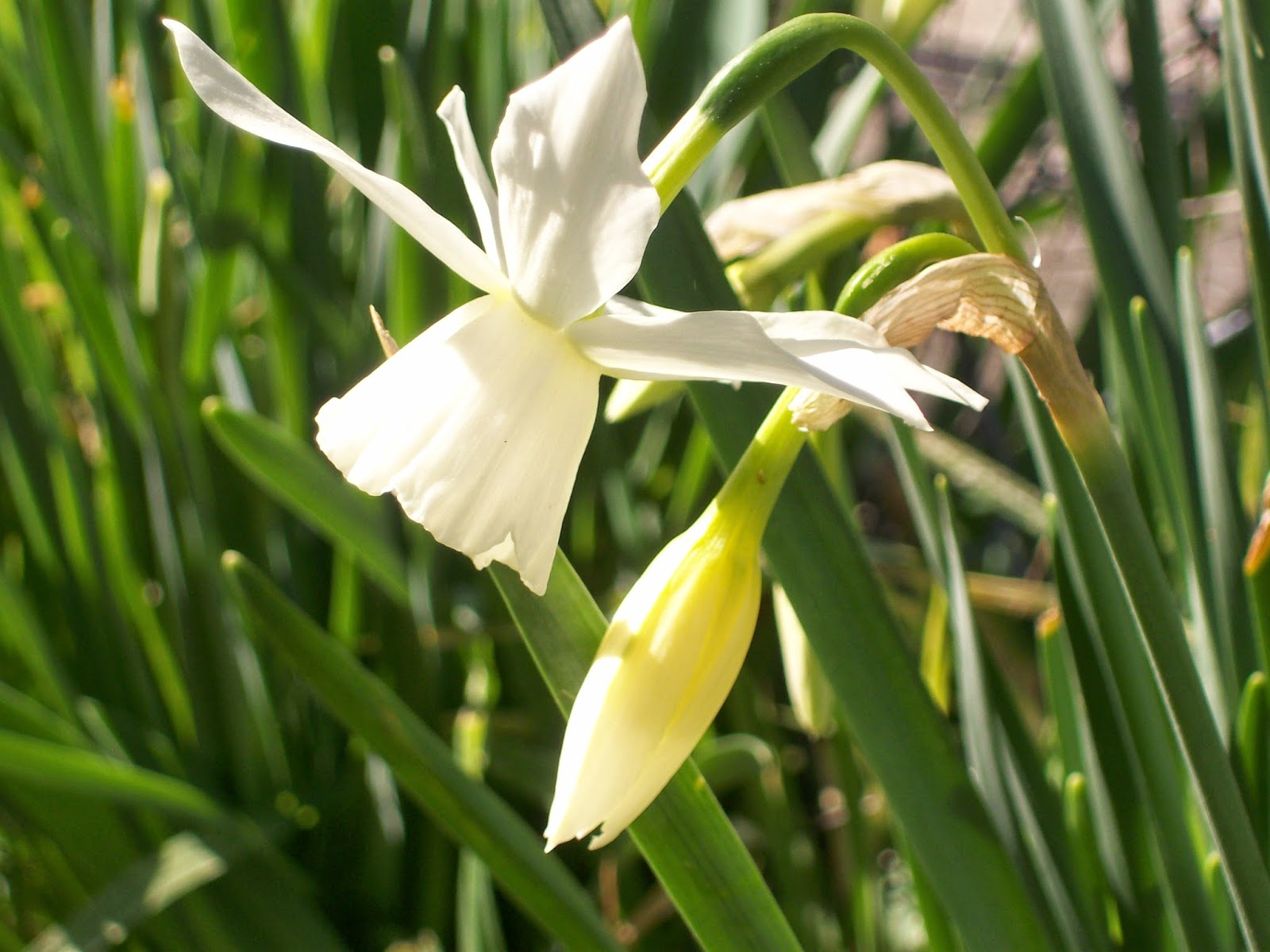 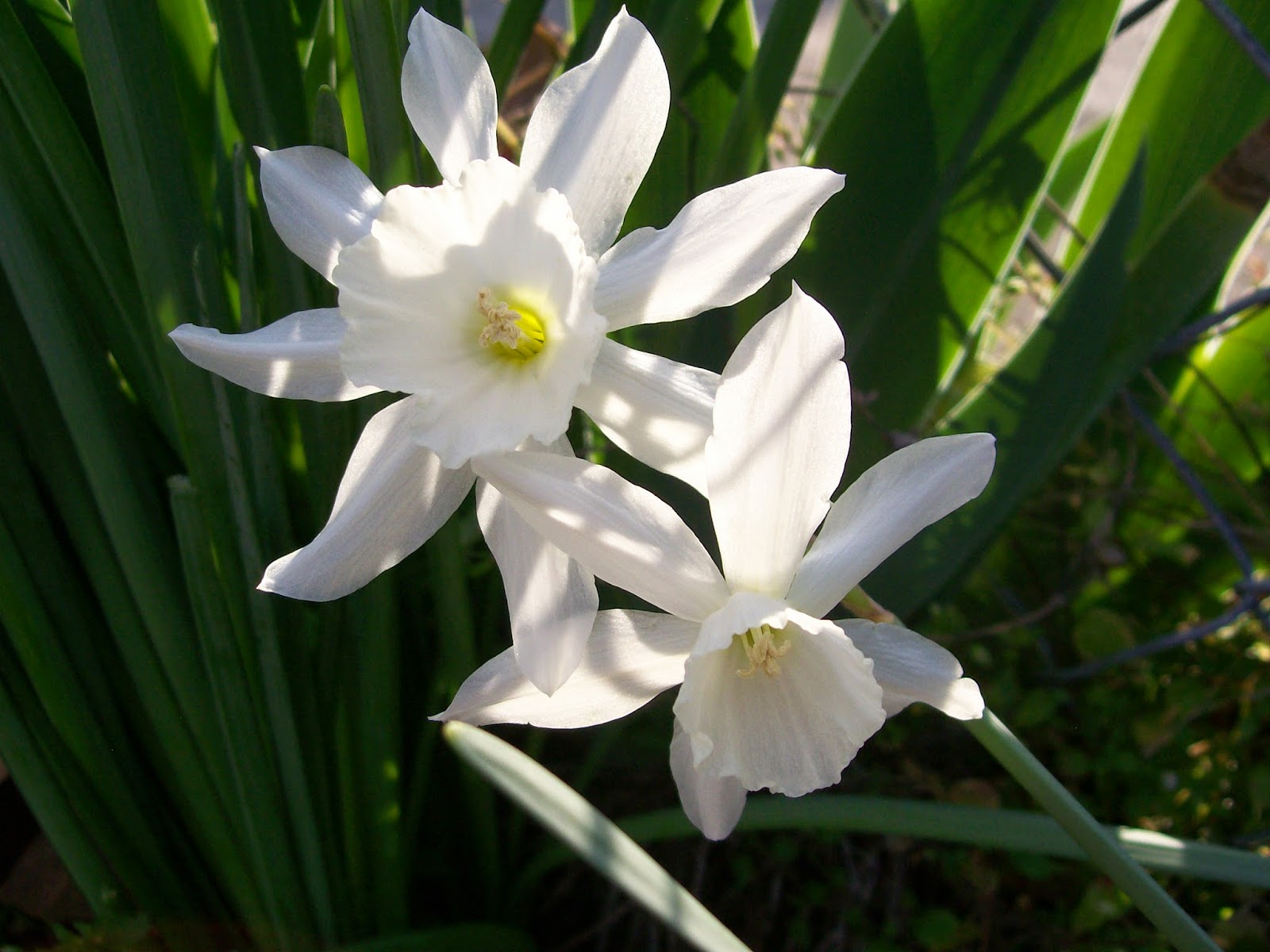 Daffodils are still going strong, and the ornamental pear trees that line our street seem to be holding on to their blossoms longer than usual. It's nice when spring takes it's time arriving.

The lengthening days make me happy. I love the new young grass, the flowering trees, and the smell outside after it rains. The wild birds are getting the nesting season underway in earnest these days. There are new sparrow babies in the old birdhouse outside our kitchen window.

My birthday is Sunday, and I'm giving myself the best gift ever: I'm taking almost a week off work! Five whole days, to do whatever I want and to enjoy myself. The plan is to take a little break from the Internet during this vacation, to avoid wasting any of the precious hours. I want to hang out with the dogs, and spend time outside enjoying the beautiful weather, and maybe work on some craft projects I haven't had time for recently. It's going to be great!

I'll be catching back up with everyone at the end of the month. In the meantime, I hope you all are enjoying the arrival of spring and having a happy month of March!

Well at least I know I'm not crazy

My endoscopy was this morning and the procedure was easy as pie. The only painful part was getting stuck about a dozen times (by two different nurses) when they had to start an IV. My veins have never been cooperative when getting pierced by needles. Thankfully I'm resigned to the fact that getting blood drawn or IVs started will mean several failed attempts almost every time. I felt sorry for the nurses though. They were getting visibly stressed after a few failed attempts. When they finally got the line started I think they were more relieved than I was!

So the verdict: I have a hiatal hernia and "significant" acid reflux. I also have to go back tomorrow for a gallbladder ultrasound. The doctor thinks I may have some issues there as well.

At least I know now that all of the pain I've had in the last few months wasn't all in my head. The last few tests and exams had not resulted in any answers, so I was beginning to der. Maybe now I will have not just answers, but also some relief.
Posted by Jennifer at 10:11 PM 2 comments:

Procedure in the morning

Tomorrow morning I go in to the hospital to have an upper GI endoscopy. I'm surprised at how nervous I am about it. Until today I didn't think of it as any big deal. It's only an outpatient procedure, and maybe I will finally find out what's been causing my constant stomach aches. But the thought of being put to sleep frightens me. At least it will be a short procedure and I should be awake and back home by mid morning.

March is here, and the weather has taken a turn back towards winter. It's barely above the freezing mark today, and last night there were reports of sleet. This winter weather is getting old. This is the South. The month of March should be warmer and nicer than this! 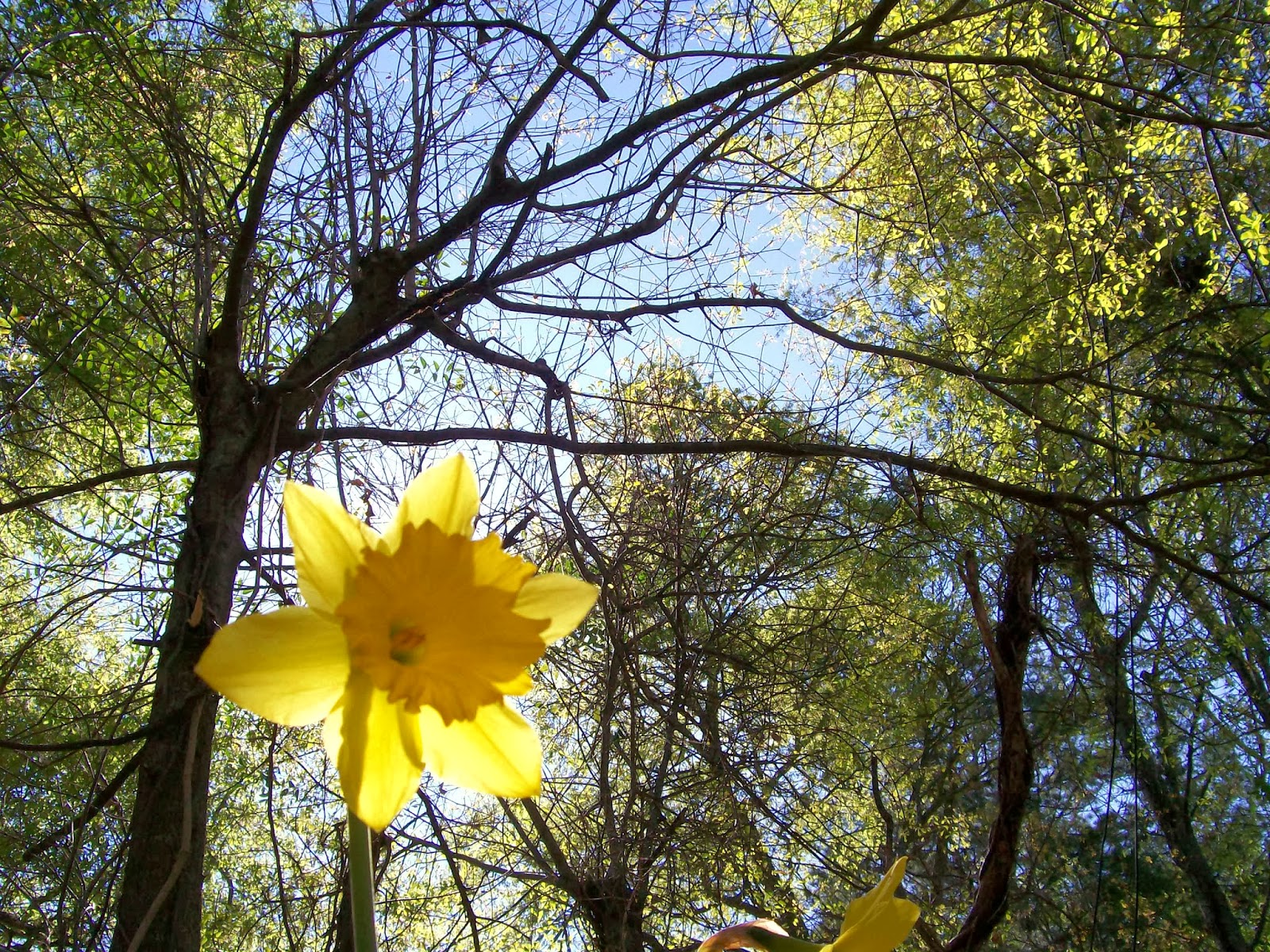 No flower seems more iconic of this month than the lovely daffodil. They're beginning to bloom already despite the cold weather. (This photo was taken several years ago, but somewhat later in the season. No trees are leafing out here yet!) I've already picked two bunches from our yard to make our dining room table pretty. I love daffodils, since they're always in bloom when my birthday rolls around. Later this month I will be 39 years old. Yikes!

I've been super busy lately, and have had a hard time finding chances to blog. There have been doctor's appointments for my ongoing stomach issues--and I have to have an endoscopy of my upper digestive system in two weeks--and I'm hoping they finally figure out what's going on in there. I've been working a lot, and also job hunting (still), and did I mention that I'm learning Spanish? I've been studying diligently in my spare time. I want to be able to put basic Spanish on my resume by the time summer rolls around. I have a friend from Venezuela that works in the mall where my bookstore is located, and whenever I see him I get to practice having simple conversations. It's been lots of fun, and I have someone to go to with questions. He says I'm progressing very nicely! I've also been spending a lot of my free time working with George. He's finally coming along with learning basic commands and walking properly on a leash, but it's been a good deal of work. All of that together adds up to less time in front of the computer. I have been keeping up with all of my friends' blogs, though, even if I don't always have time to leave comments much lately.