A trip the North Carolina Museum of Natural History

Last week a friend and I spent an afternoon at the North Carolina Museum of Natural History in Raleigh, NC. I've visited this museum several times over the years and I enjoyed taking a friend along this time. I could spend days lingering over the exhibits and learning about the natural history of the Carolinas.

I took photos of the highlights of the visit to share with the blog. Enjoy! 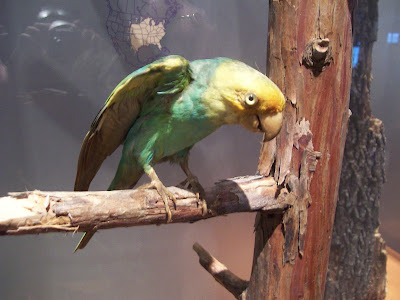 Behold, the Carolina Parakeet. They were once the most northern ranging New World parrot species, and were plentiful up through Florida and Georgia and into South Carolina. Sadly, these beautiful birds went extinct in the early 20th century. I can't imagine how wonderful it would have been to have had flocks of native parrots living outside my back door. What a terrible shame it is when a species becomes extinct.

Some other animals that call North and South Carolina home: 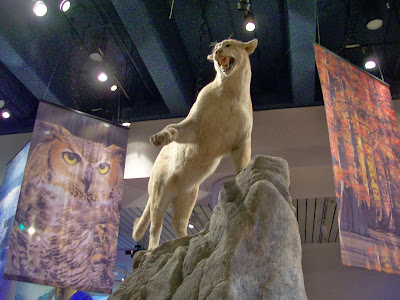 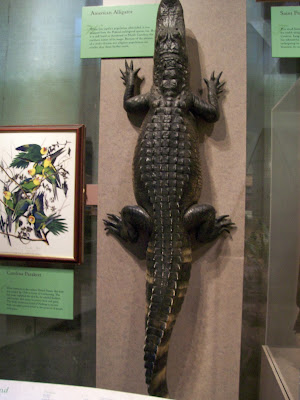 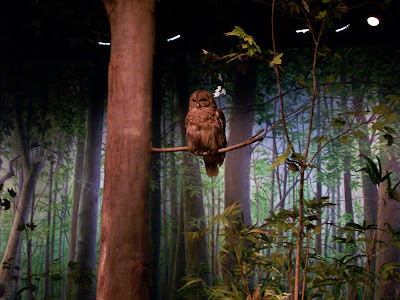 There were also real animals on display. Like these charmers: 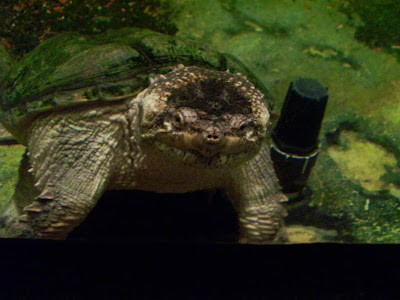 I can do without the snakes though. Especially poisonous snakes like these (with the exception of the Eastern Hognose).

By far, my favorite part of the museum is the dinosaurs! 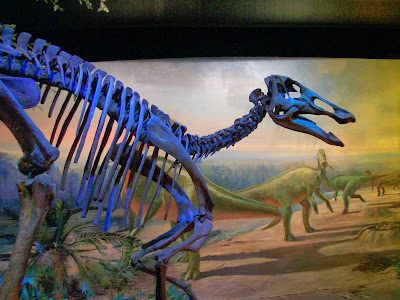 I like that the bones of these next two are arranged beside pine trees and magnolias. The magnolia is a tree as ancient as the dinosaurs themselves. 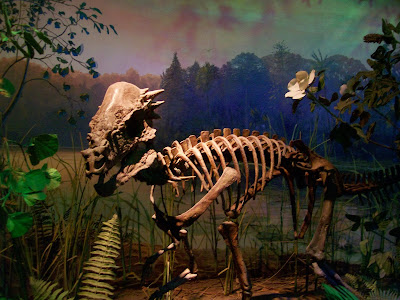 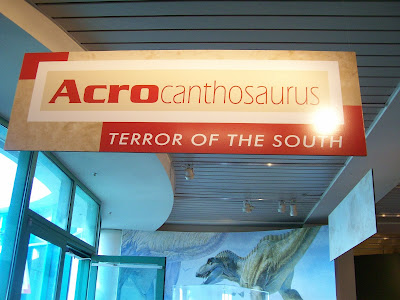 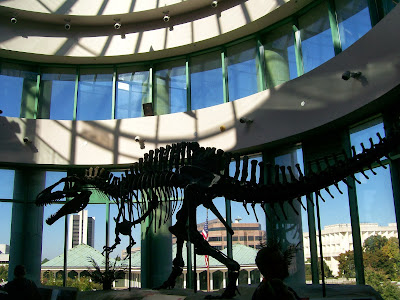 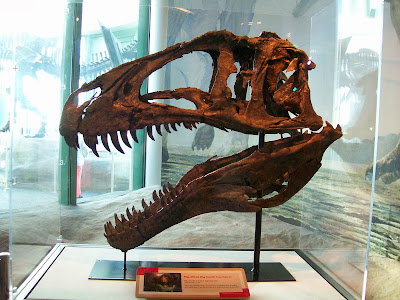 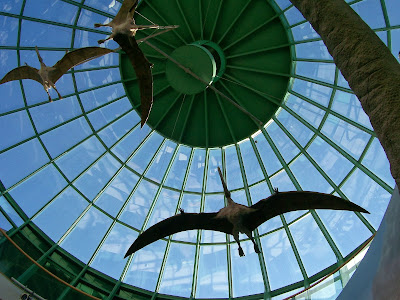 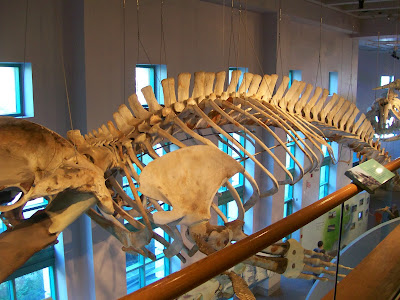 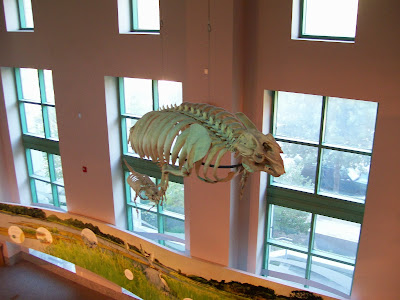 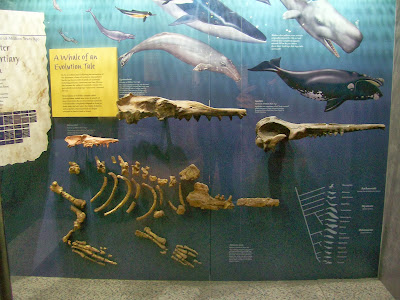 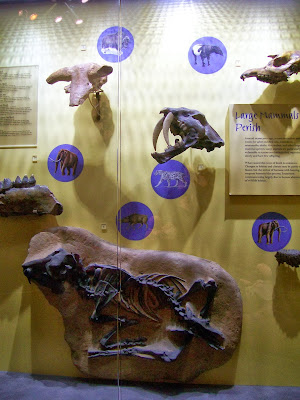 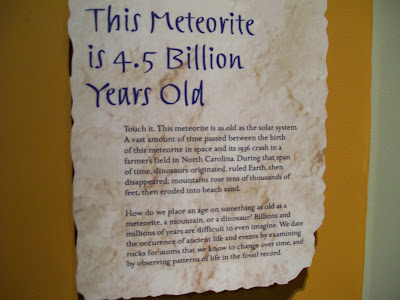 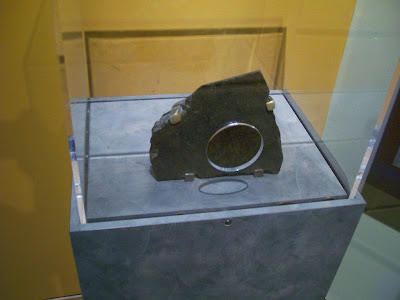 As you may be able to read in the top photograph, this was a meteorite that landed in a farmer's field in North Carolina in 1936. It's age--roughly 4.5 billion years old--boggles the mind.

There is a beautiful walkway in the museum that crosses a main intersection in downtown Raleigh. It leads to an awesome discovery center with interactive displays and working labs. I love the view from the walkway. 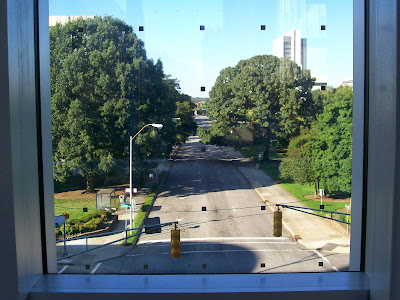 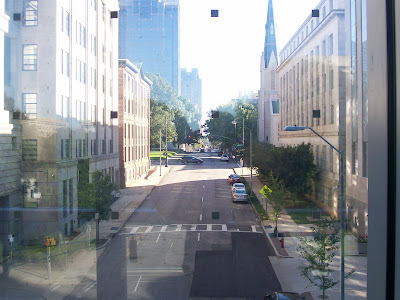 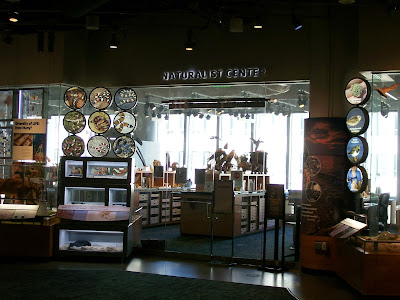 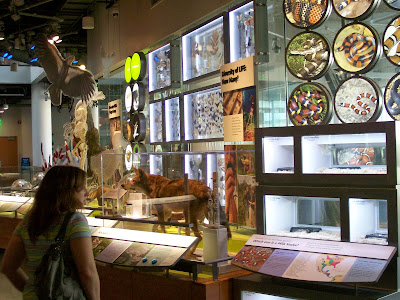 When my friend and I left for the day, I stopped on the sidewalk to snap a picture of the little church across the street... 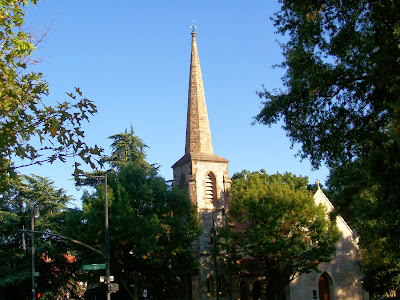 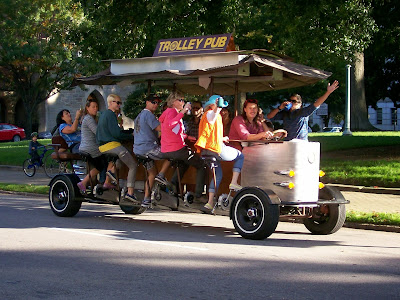 ...and the trolley pub rounded the corner, and a dozen or so intoxicated people waved and cheered to us as they passed! Downtown Raleigh is a fun place to hang out. And the museum is a real treasure.