My twisted sense of humor....

As I may have mentioned here before, I'm trying to learn Spanish. For more than 6 months now, I've been working my way through a set of lessons on cd (there are accompanying workbooks, as well). Considering that my main study time is while driving the 4 miles to work and back each day, and how few people I have to practice with, I think I'm coming along fairly well. I recently graduated to the "Intermediate" part of the course, and I look for ways to practice all the time.

The bookstore where I work is having a big clearance sale right now, and while going through the boxes of deeply discounted titles I found a little gem called Street Spanish. It contains the curse words, slang, and vulgarities you won't find in textbooks. Of course, I had to have it. And I've had so much fun with it so far!

For example, yesterday in response to a question about how my day was going, I was able to tell my Venezuelan friend (from another store in the mall) that I was "having a sh*t day" in his native tongue! (I was, too.) He thought that was pretty funny, and I enjoyed watching the look on his face when I said it! Hehehe. So anyway....

Last night after work, I opened up my copy of Street Spanish to a random spot and looked down. This is the sentence my eyes landed on:

*translation: Yuck! I think I smelled a fart!

I laughed so hard my husband appeared from the other room to see if I'd lost my mind. When I told him what was funny I laughed even harder. Then I imagined the look on my Mexican co-worker Maria's face if I went to work and just said that to her one day, out of the blue. I ended up with tears streaming down my face. Yeah, I crack myself up sometimes.

My husband just shook his head. What fun it must be to be married to a 39 year old woman who sometimes has the sense of humor of a 10 year old boy!

The other day, while in the process of cleaning the dogs' bedding, I found this buried under their covers. 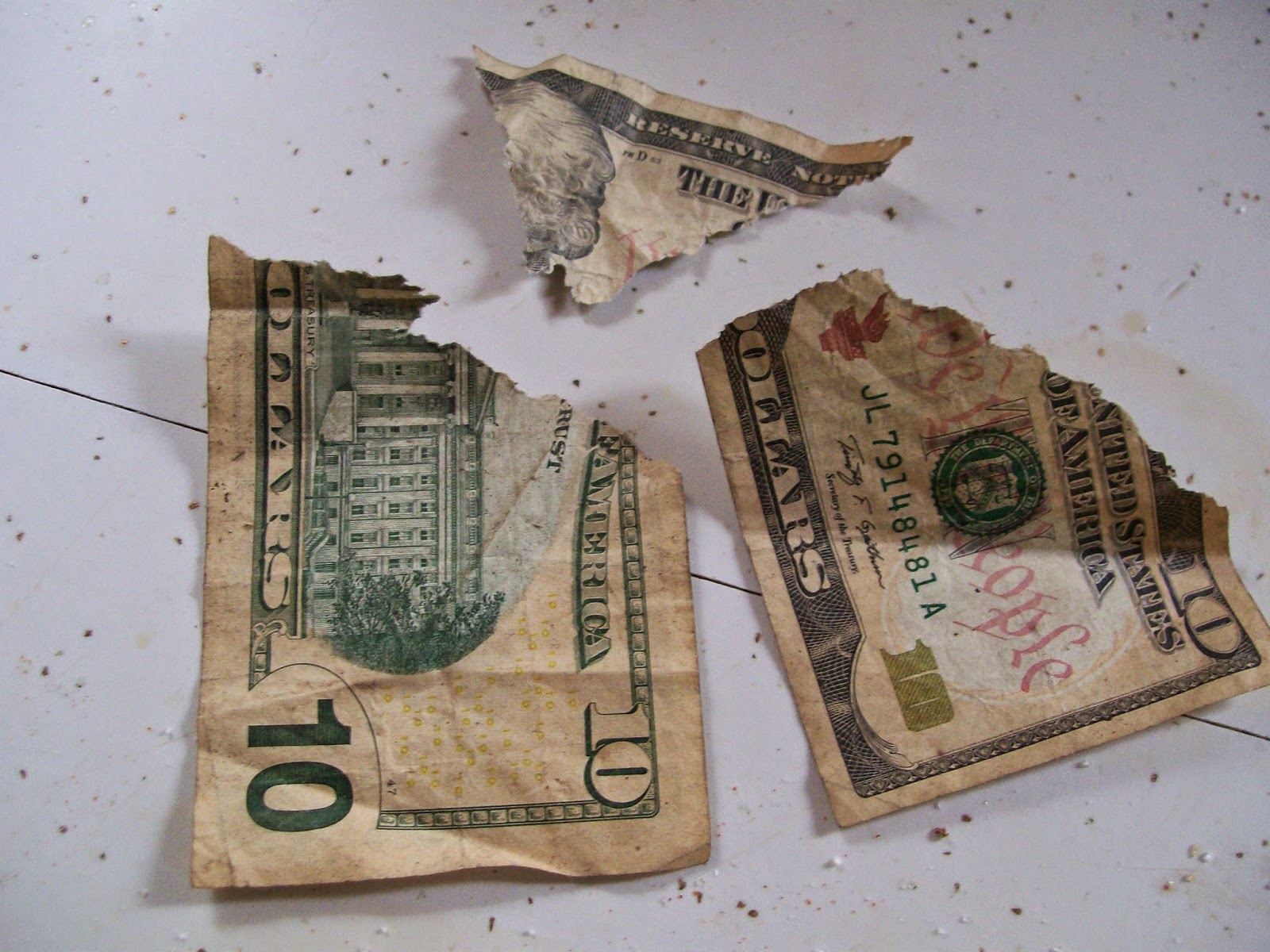 Email ThisBlogThis!Share to TwitterShare to FacebookShare to Pinterest
Labels: life with George

Today is a good day for me, because it's the first of nine I'm taking off work. I've been saving up my paid time off all year, so now I'm using it before October arrives and the holiday season "no vacation time" ban is put into place. I'm extra excited because my husband is taking the week off too!

It was a very busy summer for both of us. I had to help plan and pull off lots of events at the bookstore, which meant extra hours, more work, and more stress. My husband's aquarium design/maintenance business has done well this year with the addition of some new and bigger accounts, but he's lost some of his free time. He works super hard, and rarely allows himself to take a break, and so it will be especially good for him.

We may take a couple of day trips in the upcoming week, and if so I'll take pictures and share them here on the blog. We'll definitely spend lots of time with Ginger, George, and Marco. And I have about a dozen half-finished craft projects I'd like to work on, and recipes I want to try, etc. It's going to be a nice break from the daily grind.