A meme for Cro 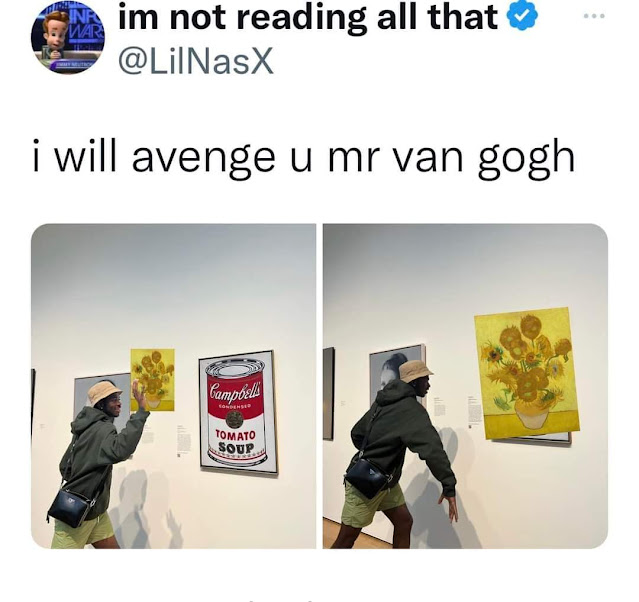 Good Saturday morning!
Not long ago my husband made me watch a video on Youtube of a young genius guitar player from Poland, and I was so impressed by it that I wanted to share it here with you. Have any of you heard of this guy? If not, and you like music, you're in for a treat.
Marcin: "Kashmir" on one guitar....

Bach's Toccata on one guitar...

Email ThisBlogThis!Share to TwitterShare to FacebookShare to Pinterest
Labels: Kashmir on one guitar, Marcin

At least it's never boring.

The other day, my husband said to me, "There will be no more pets in this house. I am done." I think it was listening to Marco scream (for no good reason) for the 133,563rd time that sent him over the edge. Maybe.

I understood and agreed with him. Two dogs and a parrot are more than enough for anyone! That's not even counting the aquarium animals that have to be cared for (that's his department). Our pets are always needing something: feeding in the morning, walks twice a day, baths for the dogs, cage cleaning for Marco. Lots of attention for all three before we leave for work in the morning and again when we get home in the evening. Feeding everyone again at suppertime. Sometimes all I want to do after work is watch trash tv and zone out for a couple of hours, with no one needing anything from me. But no, I have responsibilities....and to be fair, it's not like they asked to live here with us. Duty calls.

And the vet bills! Two weeks ago, George had to go to the vet to get his limp checked out and also his yearly heartworm prevention shot. That visit was over $300. Then on Tuesday I had to take him back to the vet because his ears had gotten red and inflamed and were driving him crazy. It turned out he had bacterial and yeast infections in them and was prescribed an ointment that we'll be putting in his ears every other day for the next two weeks. He also needed a refill of his anti-inflammatory pills for his arthritic knee. Cost of Tuesday's visit: $190. Five hundred dollars and we're not even halfway through October yet! The vet bills are breaking us.

But hey, you can't put a price on love, right? They bring us a lot of fun and happiness. Plus, there's never a dull moment in our house, as the following little anecdote I shared on Facebook just now so vividly illustrates:

This morning when I let Marco out of his cage, he took off flying. The breeze from his wings as he passed through the kitchen caused a piece of wax paper (that had held a medicated dog treat for George) to flutter to the floor. Before I could stop her, Poppy snatched it up, raced to the bedroom, dropped down on her belly, and ARMY CRAWLED UNDER THE BED AS FAST AS SHE COULD so I couldn't take it from her. Then when I went back to find Marco, he was in the pantry attempting to bust into a bag of walnuts.

This is my life.

I've recently come to the realization that I'd like to learn to sew.
Nothing too fancy, just basic stuff. I'd like to re-cover some furniture cushions, make simple curtains and drapes for the house, and maybe have the ability to hem a pair of pants if necessary. Stuff like that.
What set off this line of thinking was an old, sad armchair we've owned for close to 20 years now. It needs updating with a slipcover to make it into a piece of furniture we're proud to display in our home, instead of an old, dirty, worn out (but still comfortable) chair. 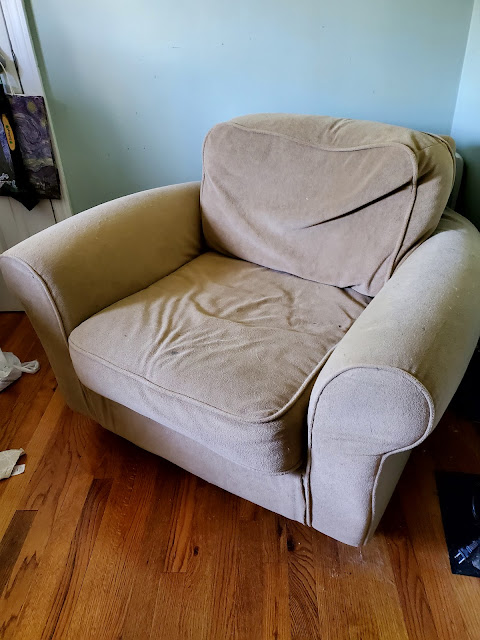 It lives in the office with our computer table and Marco's cage. Poppy uses it the most (she likes to hang out when we're using the computer). 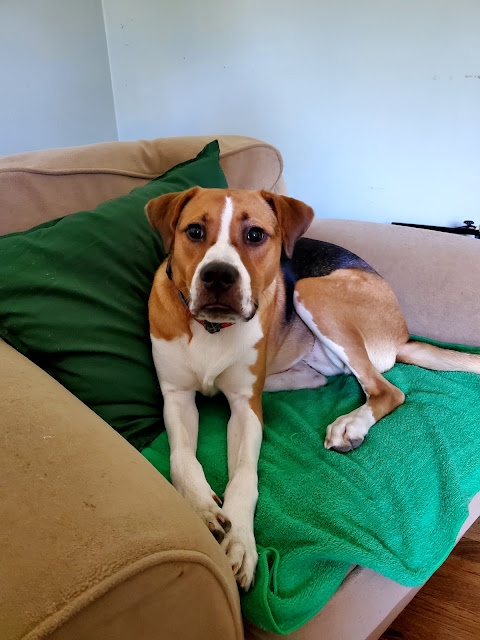 I thought of my friend Karen and how she's mentioned that she sews. I called her up one day and asked her if she'd be up for helping me to sew a slipcover for this chair, and she said YES! She's been sewing for decades, and this won't be too hard for her by any means.
Today we went to two fabric stores and looked at everything available. One nicer store had a lot of good stuff on clearance in the back. All the clearance fabric was $5.99 a yard. They looked really attractive when I saw the prices of the non-clearance stuff!
Anyway, I saw two or three fabrics I liked. As soon as I get Gregg's input I'll pick one and we can get started soon. Karen's going to help me sew in zippers so that whatever we pick can be taken off and washed. I'm really excited about this project! And learning a little bit about sewing, too. It's awfully nice of my friend to help me with this. I think she's already having fun planning this project with me.
PS....Karen has a blog! Check it out: The Internet's Best Karen
Posted by Jennifer at 4:41 PM 24 comments:

It's wonderful to be off work this week, and a much-needed break. Work continues to be a mostly unhappy place, although far more tolerable than it was at the beginning of this school year. We've just finished our first quarter, and in six months (when contracts for the next year have to be signed) there should be plenty of job openings in the district to apply for. I'm crossing my fingers that something comes open at this school because it's only about a mile from my house, it's a very nice new building/campus, they have a really good staff and principal, and it serves younger students, kindergarten through fifth grade. Marla's little girl, Carsen, will be starting kindergarten there next year in their Spanish immersion program. This would be the ideal transfer for me! But of course, there has to be an opening first.

Even though I'm off this week, I've been busy. I've washed and vacuumed out my car, organized and cleaned my pantry, gave the refrigerator a major cleaning, and taken comforters and other large bedding to the laundromat for a good wash (things that wouldn't fit in my washer at home). 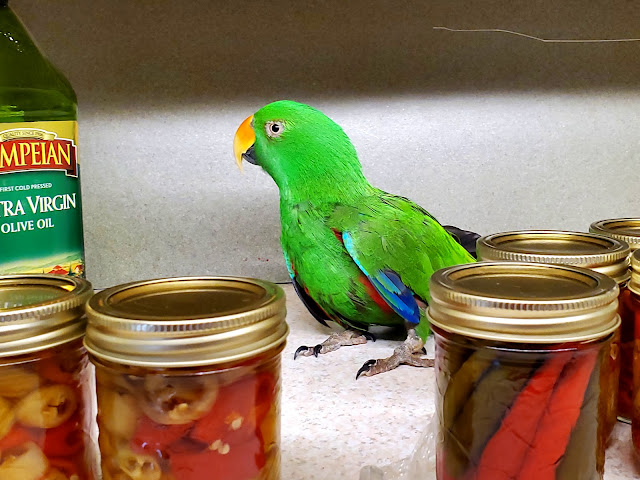 Marco "helping" me clean the pantry. :)
The big chore of the week was finally chopping down the dead dogwood tree in our front yard. Gregg has a small chainsaw that we used to do the job.  I took a final picture of the tree before we got started. 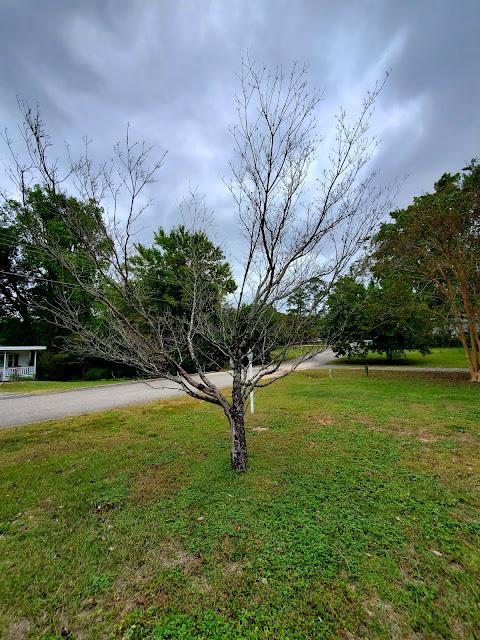 It was bigger than it looks in this picture. We got it down and also cut up a bunch of firewood from it, to be used for a bonfire later on. Now that it's gone, our front yard looks strange every time we forget about it and glance outside. Hopefully the little crabapple tree will make it to next spring (despite the deer damage) and will begin to grow into the empty space. We've contrived a wire cage thing to go around it to give it a chance to grow out, so hopefully the deer won't be an issue anymore.

This morning I had to go to the dentist to get a crown re-done. I was dreading it, but it turned out to be much easier than I expected. Afterwards I drove down to the allergist's office to get my weekly allergy shot, so now that's out of the way, too. Tomorrow I'm going to see my parents. I haven't seen them in a long while and my dad's been back in the hospital. His health keeps deteriorating, and I need to go see him more often while I have the chance. After that, I plan to relax and enjoy my last few days off. 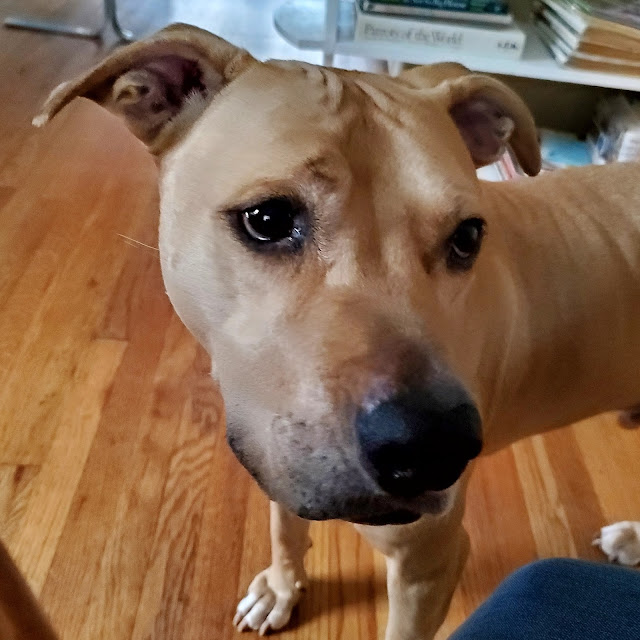 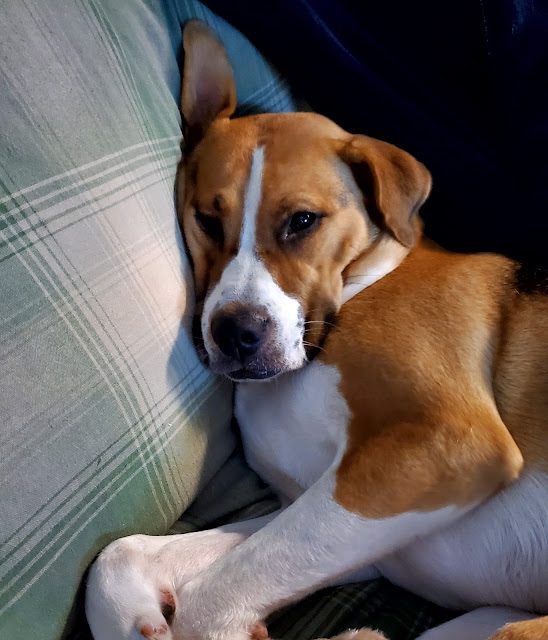 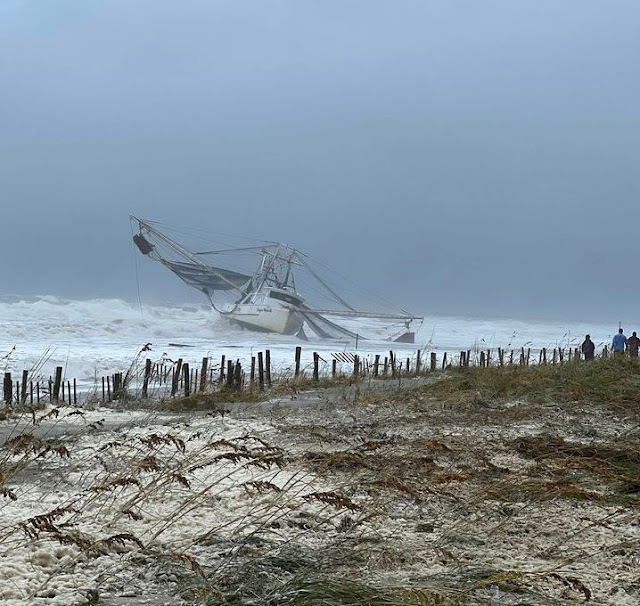 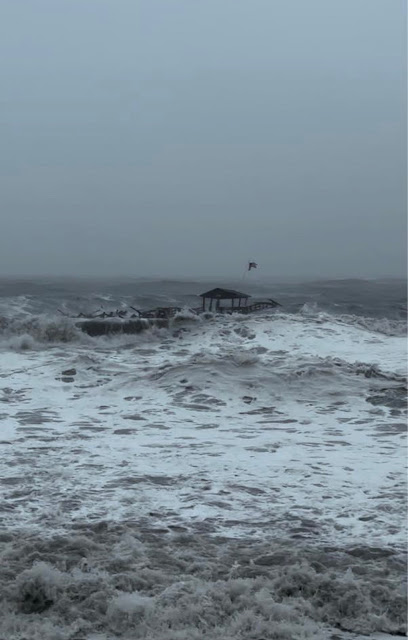