There's a big winter storm blowing through this part of the country. Almost everyone I know (me included) has had high hopes for a few inches of snow. The forecast was initially for 2 or 3 inches in the Eastern half of South Carolina, but we've only had a few flurries and some freezing rain instead. Aside from rare low temperatures for the next few nights, I think that's about the worst we're going to get from this storm. It's disappointing.

Today is day 5 of my low-sugar diet plan, and let me tell you guys..it hasn't been easy. In fact, it's been much harder than I expected. I usually drink maybe 2 Canada Dry ginger ales in a day (it's our favorite soft drink) as well as having a cookie or scone most days at work, and then there's the sugar that I put in coffee and tea throughout the day. Among other things. I quickly discovered that I've been eating a whole lot more of it than I thought. My cravings haven't been too terrible, but dropping most sugar so abruptly left me with headaches, nausea, and the shakes, even after eating a filling meal of lean protein and vegetables.  Last night it got so bad that I ate 2 tangerines, and immediately felt better. So I've decided to add in some fruit and a few more healthy carbs like oatmeal and brown rice. Hopefully that will solve the problem. I don't mind having to withstand cravings, but feeling sick is something else altogether!

That's life at my house today--very little white stuff, of any kind. Sigh. 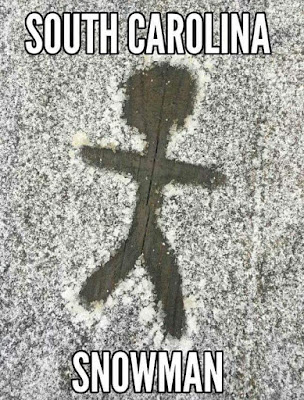