It's been a rainy, windy, mild weekend.  I love opening the windows and letting the house air out. The rain on all the fresh new leaves outside smells heavenly.

Gregg came home early from work yesterday, and I wouldn't be surprised if he did the same today. He's had some more pain in his side, as well as some mild nausea and a headache. He shouldn't have gone in at all today but he hates missing work. It annoys me that he's so hard on himself and won't rest properly, but he's always going to be that way.

Yesterday I went to the Food Lion just down the road to buy groceries, and out front I saw the first tiny tomato plants of the season for sale: 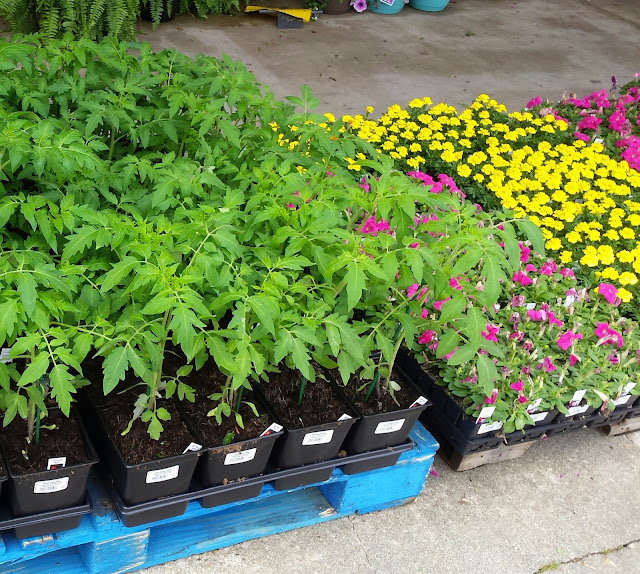 Have I mentioned before that the spicy green scent of tomato foliage is one of my very favorite smells on this earth? Well, it is. Which is why I was the weirdo fondling the plant leaves outside the Food Lion yesterday afternoon. The smell on my hands afterward? Bliss.

Speaking of seasonal firsts, I stopped by the strawberry farm after leaving the grocery store. They were selling  baskets of strawberries faster than the field hands could pick them. A testy crowd of senior citizens were standing around, waiting, and when a few more buckets of berries were brought up I thought there was about to be a riot. When the dust finally settled, there were exactly two boxes of berries left, one for me and one for the remaining older lady. When I reached for the one closest to me, she nearly bit my head off: "THOSE ARE MINE!" she snapped, as she snatched the one she had apparently picked out from in front of me. Bless her heart.


I did get nice berries, though. 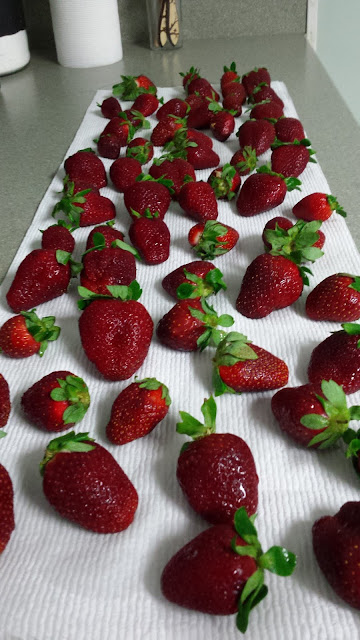 Tonight is the premier of the last season of Game of Thrones. I hate to admit it, but I'm really looking forward to it!

And tomorrow is the start of a 4 day work week....spring break is almost here!
Posted by Jennifer at 4:50 PM