Yesterday was Gregg's birthday, and to my surprise he took the day off work. He almost never does that, but the manager of the pet store found out it was his birthday and told him he should--so he did. I was so glad. He never gets much time off. We spent the day at home, which is what he wanted to do. I grilled a couple of nice bacon wrapped steaks with onions and mushrooms for our dinner. Since we had leftover apple pie last night, I waited until today to bake his birthday cake. It's pineapple-upside down.

I'm also baking some chocolate chip pumpkin muffins since the oven is hot. Those will be for snacks this week.

The painting I'm having framed for him won't be ready for almost three weeks! I didn't realize it would take so long, but he's happy to wait. We're both pretty excited about it. 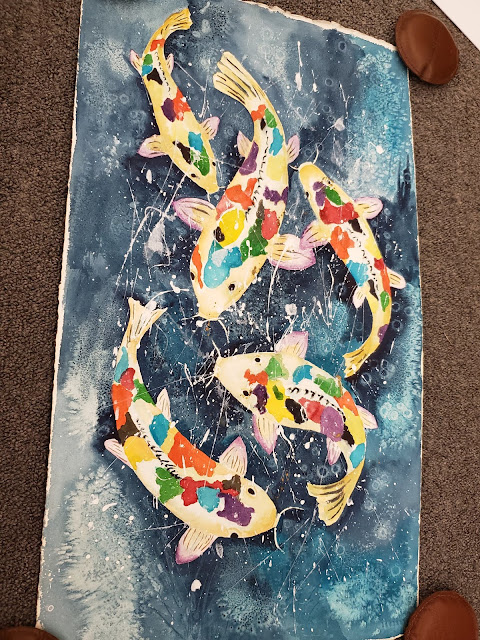 I couldn't figure out how to rotate the photo so you'll have to look at it sideways to get a better idea of it. I think the mat and frame I chose for it will look good....I hope so.

I was disappointed in our families yesterday. No one called or texted Gregg for his birthday. No one on either side makes much of an effort, as much as it pains me to say so. Oh well. We have each other, right? I love that man to bits, and I told him so several times.